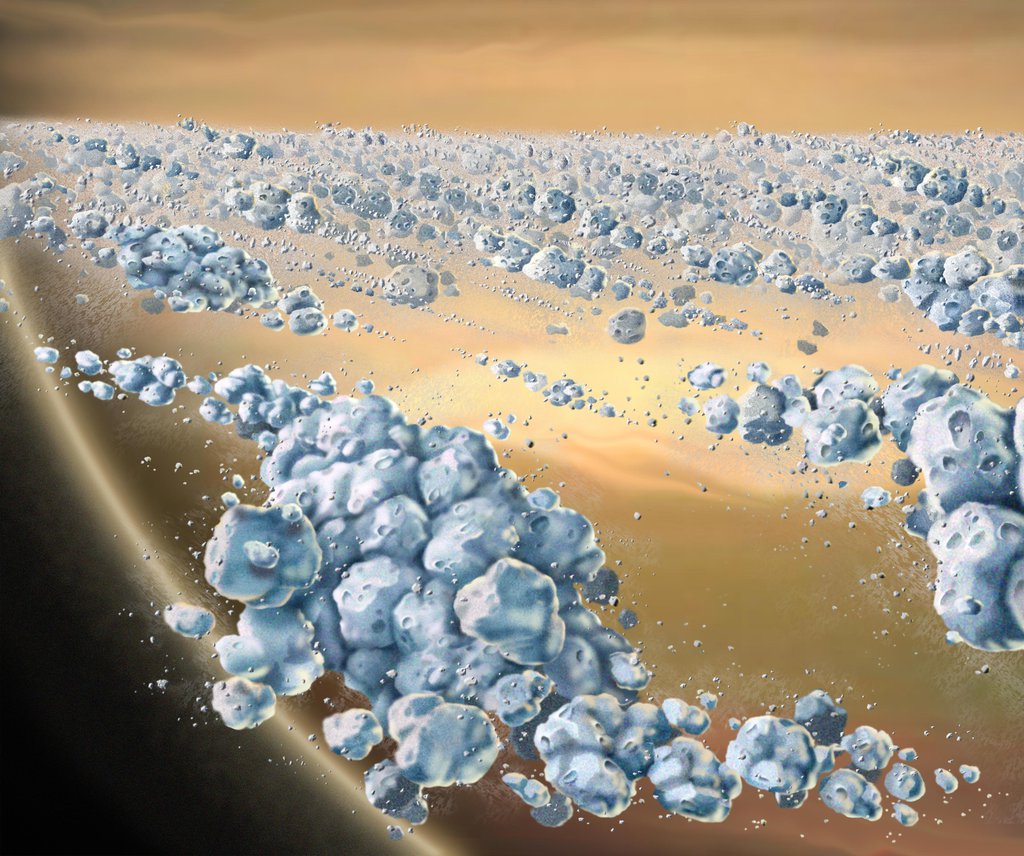 This is an artist concept of a close-up view of Saturn's ring particles. The planet Saturn is seen in the background (yellow and brown). The particles (blue) are composed mostly of ice, but are not uniform. They clump together to form elongated, curved aggregates, continually forming and dispersing. The space between the clumps is mostly empty. The largest individual particles shown are a few meters (yards) across. Image by Marty Peterson, based on a 1984 image by William K. Hartmann. Hartmann's image illustrated early research by Stuart Weidenschilling and co-workers at the Planetary Science Insitute, on dynamical ephemeral bodies in Saturn's rings.

The Cassini-Huygens mission is a cooperative project of NASA, the European Space Agency and the Italian Space Agency. The Jet Propulsion Laboratory, a division of the California Institute of Technology in Pasadena, manages the mission for NASA's Science Mission Directorate, Washington, D.C. The Cassini orbiter was designed, developed and assembled at JPL. The ultraviolet imaging spectrograph was designed and built at, and the team is based at the University of Colorado, Boulder.

For more information about the Cassini-Huygens mission visit http://saturn.jpl.nasa.gov. The ultraviolet imaging spectrograph team home page is at http://lasp.colorado.edu/cassini.