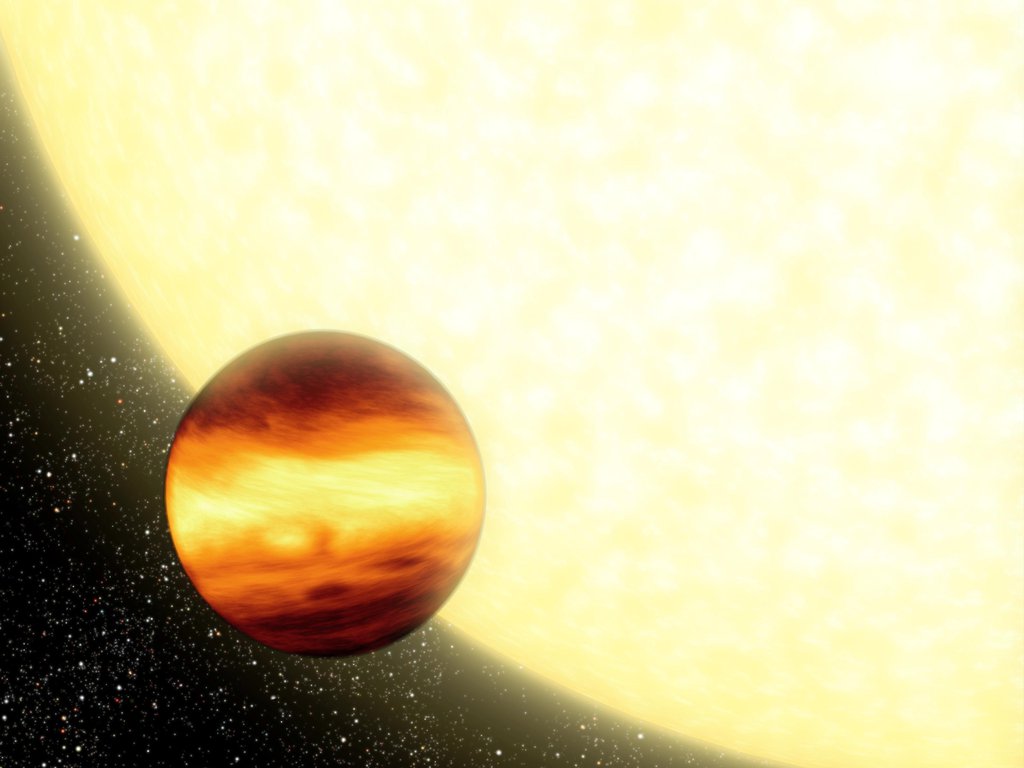 An artist's conception shows a gas-giant planet orbiting very close to its parent star, creating searingly hot conditions on the planet's surface. New research suggests that for three such planets lying from 50 to 150 light-years from Earth, strong winds thousands of miles per hour mix the atmosphere so that the temperature is relatively uniform from the permanently light side to the permanently dark side.

This illustration represents an infrared view of a planetary system, in which brightness indicates warmer temperatures. For example, the bright band around the equator of the planet denotes warmer temperatures on both the dark and sunlit sides. The planet's poles, shown in darker colors, would be cooler.