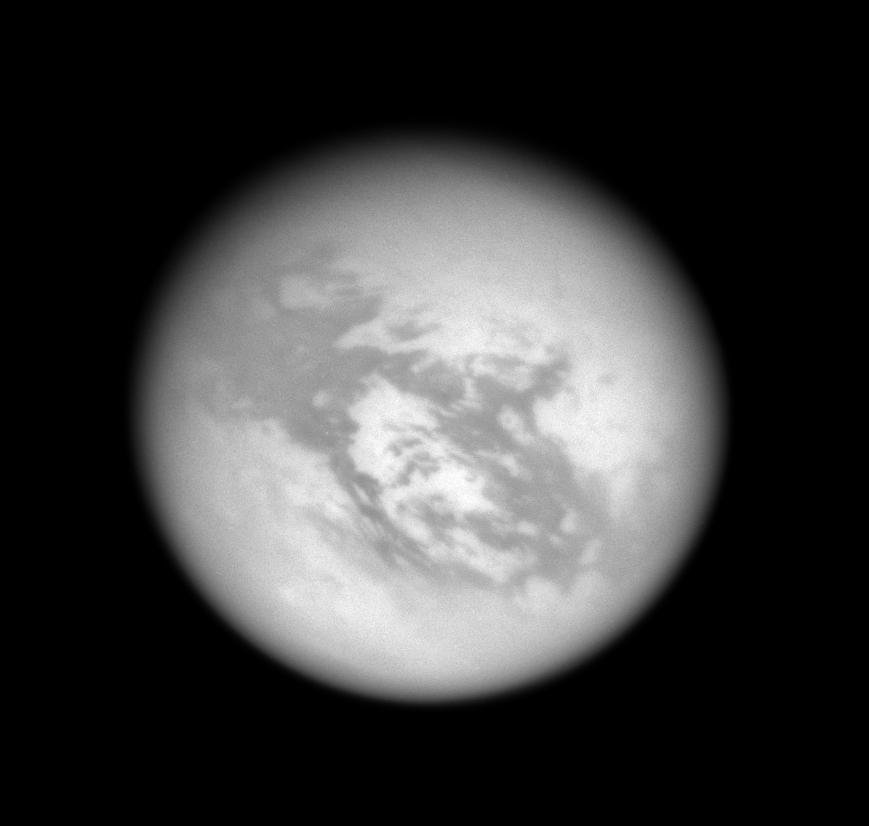 This view looks toward the anti-Saturn side of Titan (5,150 kilometers, or 3,200 miles across) -- the side that always faces away from Saturn as the moon orbits. North on Titan is up and rotated 26 degrees to the right.

The image was taken using a spectral filter sensitive to wavelengths of infrared light centered at 939 nanometers. The view was acquired with the Cassini spacecraft wide-angle camera on June 14, 2007 at a distance of approximately 157,000 kilometers (98,000 miles) from Titan. Image scale is 9 kilometers (6 miles) per pixel.