The Sword of Orion 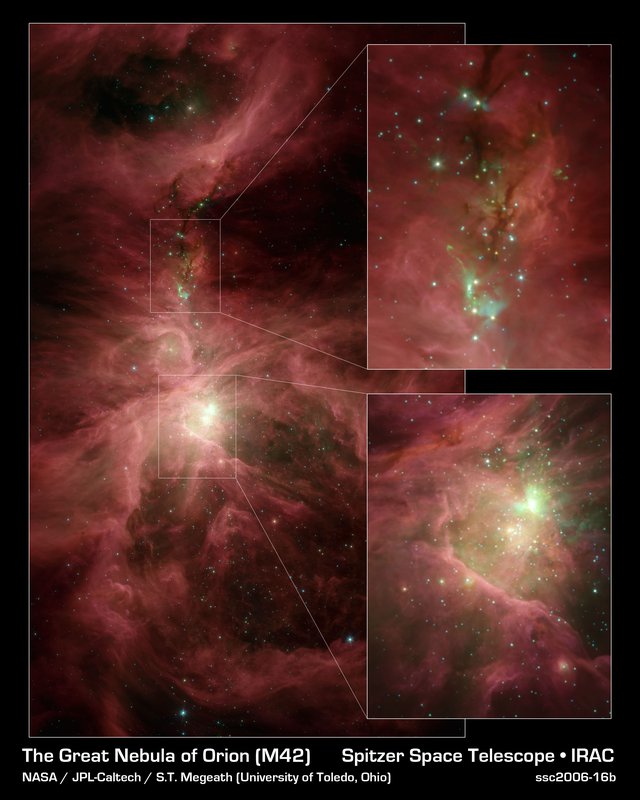 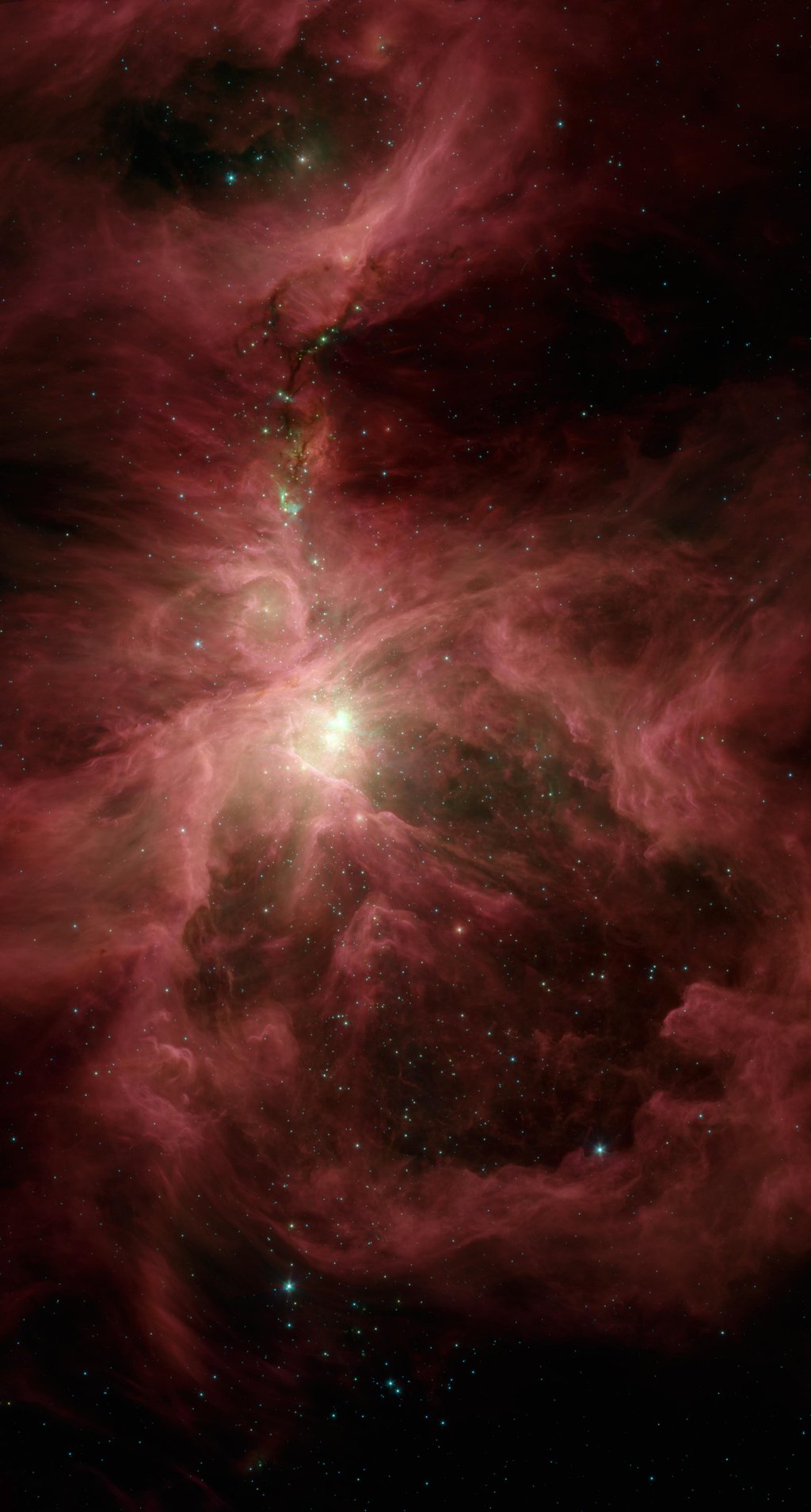 This infrared image from NASA's Spitzer Space Telescope shows the Orion nebula, our closest massive star-making factory, 1,450 light-years from Earth. The nebula is close enough to appear to the naked eye as a fuzzy star in the sword of the popular hunter constellation.

The nebula itself is located on the lower half of the image, surrounded by a ring of dust. It formed in a cold cloud of gas and dust and contains about 1,000 young stars. These stars illuminate the cloud, creating the beautiful nebulosity, or swirls of material, seen here in infrared.

In the center of the nebula (bottom inset of figure 1) are four monstrously massive stars, up to 100,000 times as luminous as our sun, called the Trapezium (tiny yellow smudge to the lower left of green splotches. Radiation and winds from these stars are blasting gas and dust away, excavating a cavity walled in by the large ring of dust.

Behind the Trapezium, still buried deeply in the cloud, a second generation of massive stars is forming (in the area with green splotches). The speckled green fuzz in this bright region is created when bullets of gas shoot out from the juvenile stars and ram into the surrounding cloud.

Above this region of intense activity are networks of cold material that appear as dark veins against the pinkish nebulosity (upper inset pf figure 1). These dark veins contain embryonic stars. Some of the natal stars illuminate the cloud, creating small, aqua-colored wisps. In addition, jets of gas from the stars ram into the cloud, resulting in the green horseshoe-shaped globs.

Spitzer surveyed a significant swath of the Orion constellation, beyond what is highlighted in this image. Within that region, called the Orion cloud complex, the telescope found 2,300 stars circled by disks of planet-forming dust and 200 stellar embryos too young to have developed disks.