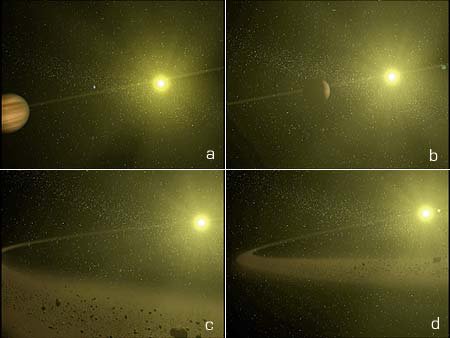 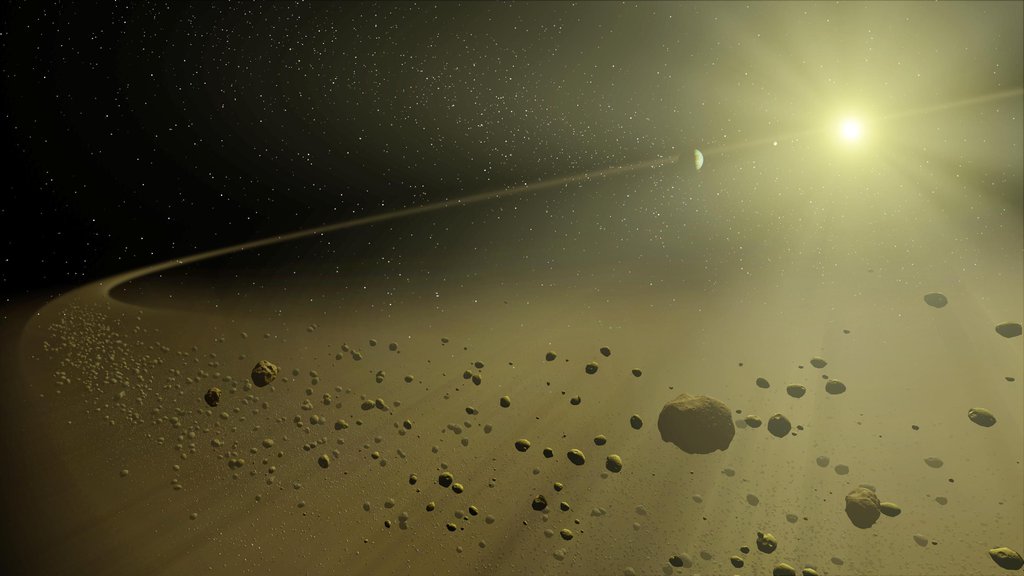 This artist's concept depicts a distant hypothetical solar system, similar in age to our own. Looking inward from the system's outer fringes, a ring of dusty debris can be seen, and within it, planets circling a star the size of our Sun.

This debris is all that remains of the planet-forming disk from which the planets evolved. Planets are formed when dusty material in a large disk surrounding a young star clumps together. Leftover material is eventually blown out by solar wind or pushed out by gravitational interactions with planets. Billions of years later, only an outer disk of debris remains.

These outer debris disks are too faint to be imaged by visible-light telescopes. They are washed out by the glare of the Sun. However, NASA's Spitzer Space Telescope can detect their heat, or excess thermal emission, in infrared light. This allows astronomers to study the aftermath of planet building in distant solar systems like our own.

For animation of this artist's concept, see PIA07097.