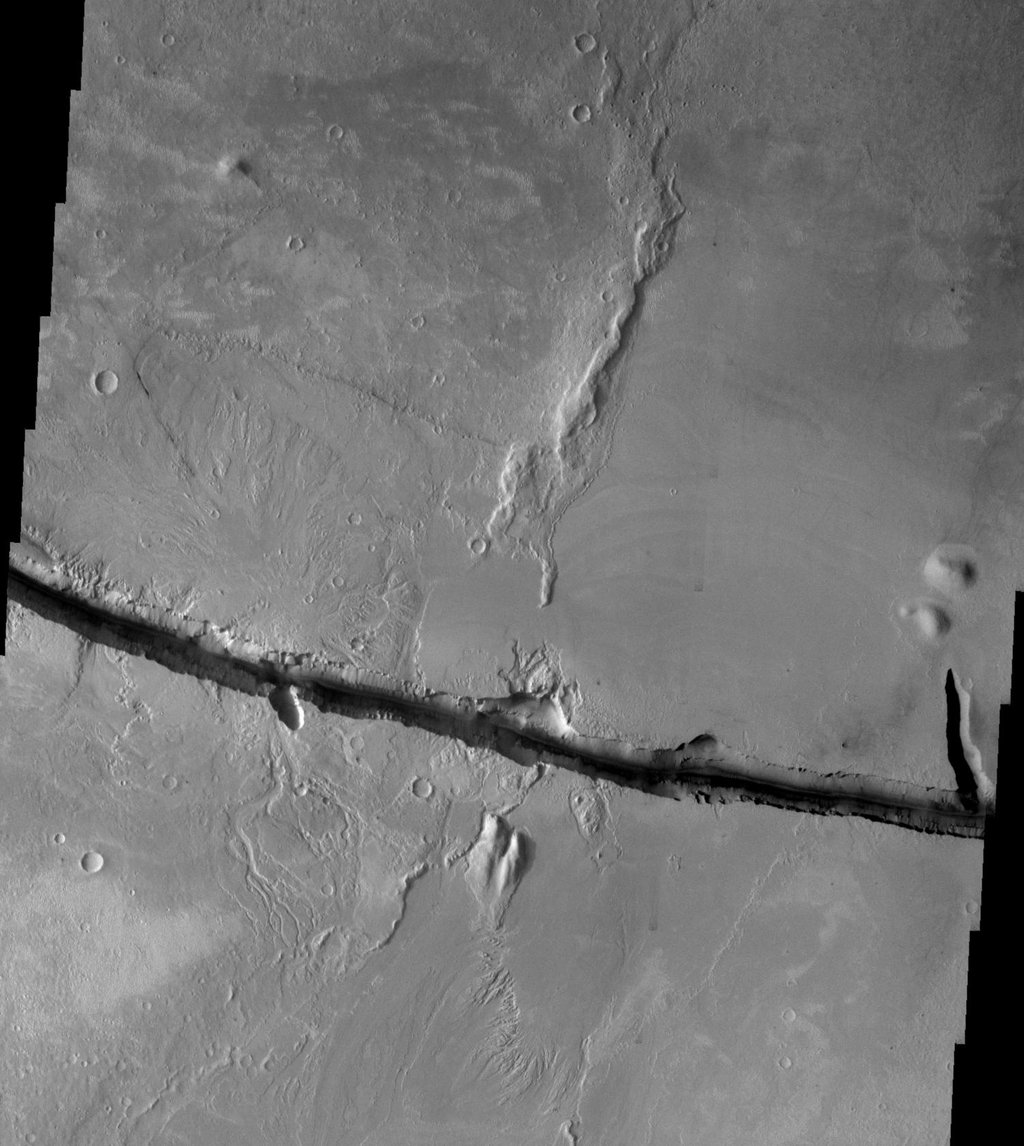 Cerberus Fossae is comprised of two east/west oriented linear depressions. One of these depressions is shown in the VIS mosaic above. The region surrounding the depression is mainly volcanic in nature.