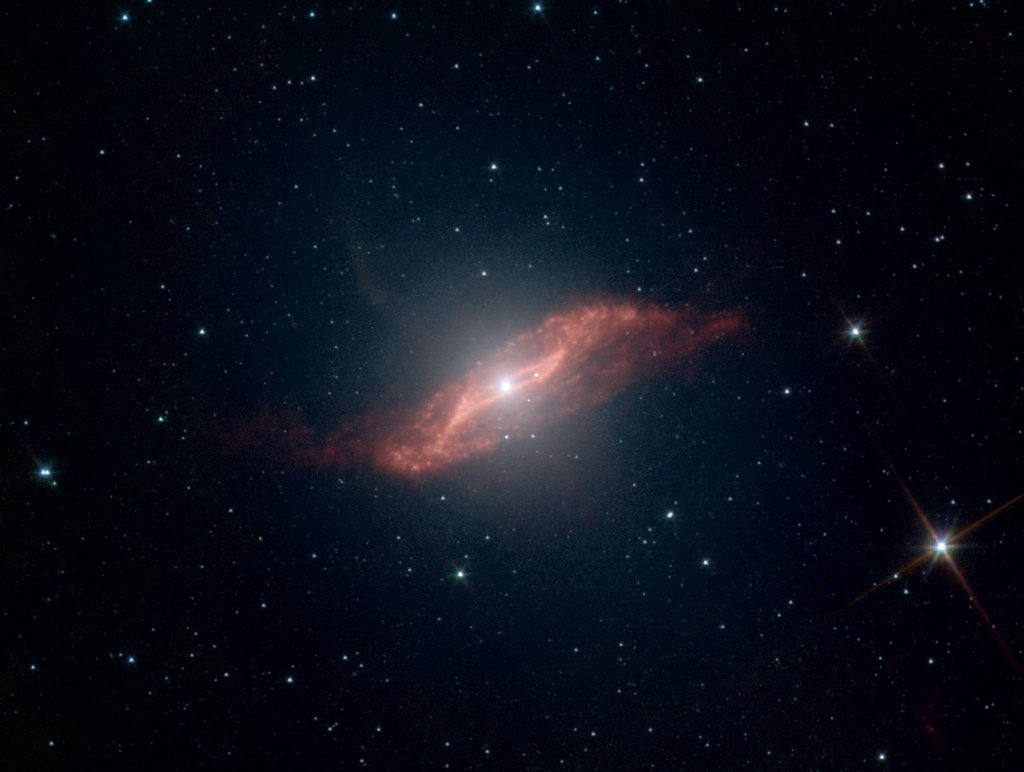 This image taken by NASA's Spitzer Space Telescope shows in unprecedented detail the galaxy Centaurus A's last big meal: a spiral galaxy seemingly twisted into a parallelogram-shaped structure of dust. Spitzer's ability to both see dust and see through it allowed the telescope to peer into the center of Centaurus A and capture this galactic remnant as never before.

An elliptical galaxy located 11 million light-years from Earth, Centaurus A is one of the brightest sources of radio waves in the sky. These radio waves indicate the presence of a supermassive black hole, which may be "feeding" off the leftover galactic meal.

A high-speed jet of gas can be seen shooting above the plane of the galaxy (the faint, fuzzy feature pointing from the center toward the upper left). Jets are a common feature of galaxies, and this one is probably receiving an extra boost from the galactic remnant.

Scientists have created a model that explains how such a strangely geometric structure could arise. In this model, a spiral galaxy falls into an elliptical galaxy, becoming warped and twisted in the process. The folds in the warped disc create the parallelogram-shaped illusion.