Out of the Dust, A Planet is Born (Artist Concept) 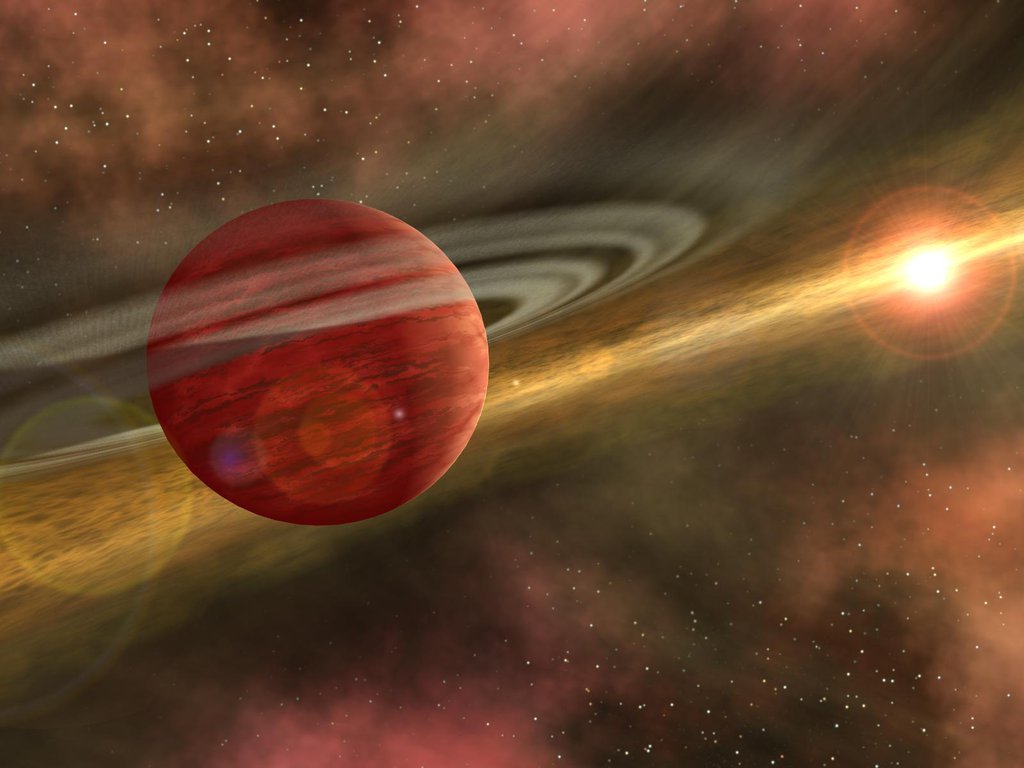 In this artist's conception, a possible newfound planet spins through a clearing in a nearby star's dusty, planet-forming disc. This clearing was detected around the star CoKu Tau 4 by NASA's Spitzer Space Telescope. Astronomers believe that an orbiting massive body, like a planet, may have swept away the star's disc material, leaving a central hole.

The possible planet is theorized to be at least as massive as Jupiter, and may have a similar appearance to what the giant planets in our own solar system looked like billions of years ago. A graceful ring, much like Saturn's, spins high above the planet's cloudy atmosphere. The ring is formed from countless small orbiting particles of dust and ice, leftovers from the initial gravitational collapse that formed the possible giant planet.

If we were to visit a planet like this, we would have a very different view of the universe. The sky, instead of being the familiar dark expanse lit by distant stars, would be dominated by the thick disc of dust that fills this young planetary system. The view looking toward CoKu Tau 4 would be relatively clear, as the dust in the interior of the disc has fallen into the accreting star. A bright band would seem to surround the central star, caused by light scattered back by the dust in the disc. Looking away from CoKu Tau 4, the dusty disc would appear dark, blotting out light from all the stars in the sky except those which lie well above the plane of the disc.