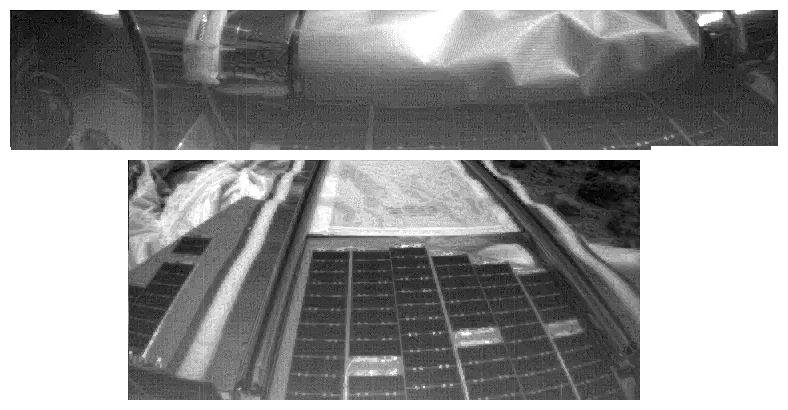 These images are views of the Mars Pathfinder Lander's forward ramp before (top image) and after (bottom image) deployment. Some data from the before image was lost due to rover-lander communication problems.