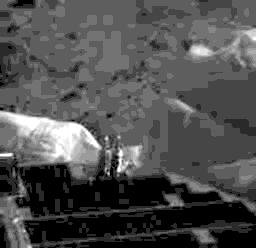 This is the first image from the Imager for Mars Pathfinder (IMP) that includes a glimpse of the plant surface. This image was taken at 8:42 MLSTsol 1.