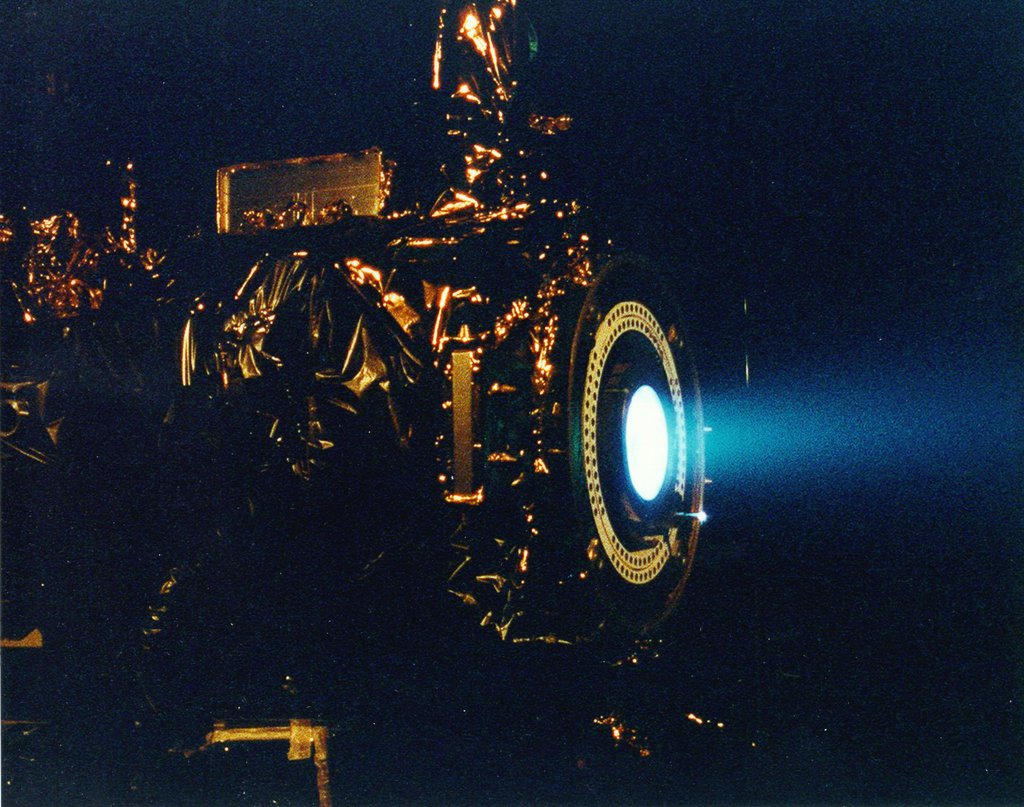 This image of a xenon ion engine, photographed through a port of the vacuum chamber where it was being tested at NASA's Jet Propulsion Laboratory, shows the faint blue glow of charged atoms being emitted from the engine.

The ion propulsion engine is the first non-chemical propulsion to be used as the primary means of propelling a spacecraft. Though the thrust of the ion propulsion is about the same as the downward pressure of a single sheet of paper, by the end of the mission, the ion engine will have changed the spacecraft speed by about 13,700 kilometers/hour (8500 miles/hour). Even then, it will have expended only about 64 kg of its 81.5 kg supply of xenon propellant.