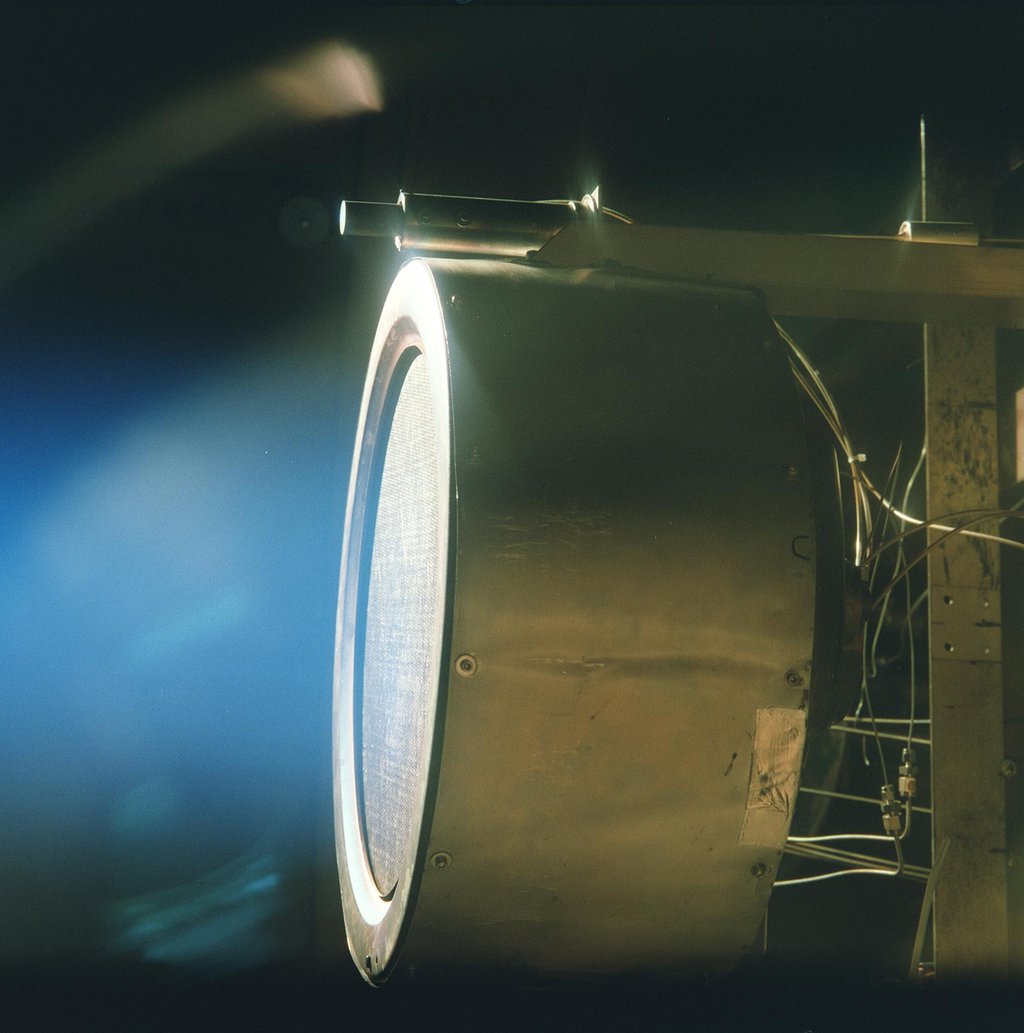 This image of a xenon ion engine prototype, photographed through a port of the vacuum chamber where it was being tested at NASA's Jet Propulsion Laboratory, shows the faint blue glow of charged atoms being emitted from the engine. The engine is now in an ongoing extended- life test, in a vacuum test chamber at JPL, and has run for almost 500 days (12,000 hours) and is scheduled to complete nearly 625 days (15,000 hours) by the end of 2001.

A similar engine powers the New Millennium Program's flagship mission, Deep Space 1, which uses the ion engine in a trip through the solar system.

The engine, weighing 17.6 pounds (8 kilograms), is 15.7 inches (40 centimeters) in diameter and 15.7 inches long. The actual thrust comes from accelerating and expelling positively charged xenon atoms, or ions. While the ions are fired in great numbers out the thruster at more than 110,000 kilometers (68,000 miles) per hour, their mass is so low that the engine produces a gentle thrust of only 90 millinewtons (20-thousandths of a pound).