Comet Borrelly Nucleus Found to the Side 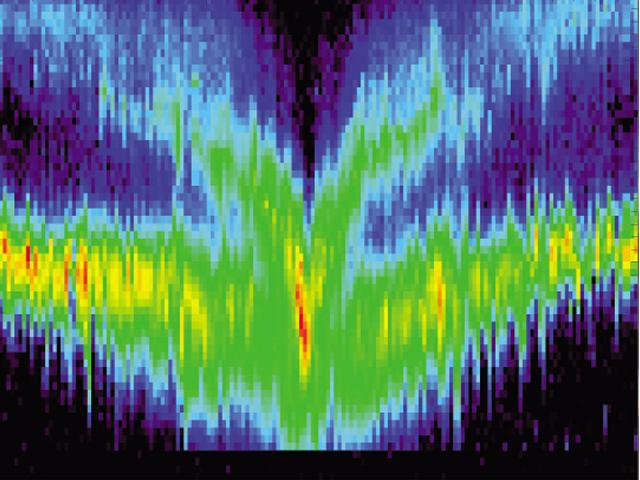 Deep Space 1 flew by comet Borrelly on September 22, 2001 and took these measurements with its plasma instruments between 90,000 kilometers (56,000 miles) and 2,000 kilometers (1,200 miles) away. These data show that the flow of ions around the comet's rocky, icy nucleus (the center of the deep V-shaped feature) is not centered on the comet's nucleus as scientists expected before the Borrelly flyby. Ions in the turbulent flow are heated to about 1 million Kelvin (2 million degrees Fahrenheit) causing the bands of ions to appear broad and jagged compared to the solar wind.

Deep Space 1 completed its primary mission testing ion propulsion and 11 other advanced, high-risk technologies in September 1999. NASA extended the mission, taking advantage of the ion propulsion and other systems to undertake this chancy but exciting, and ultimately successful, encounter with the comet. More information can be found on the Deep Space 1 home page at http://nmp.jpl.nasa.gov/ds1/.