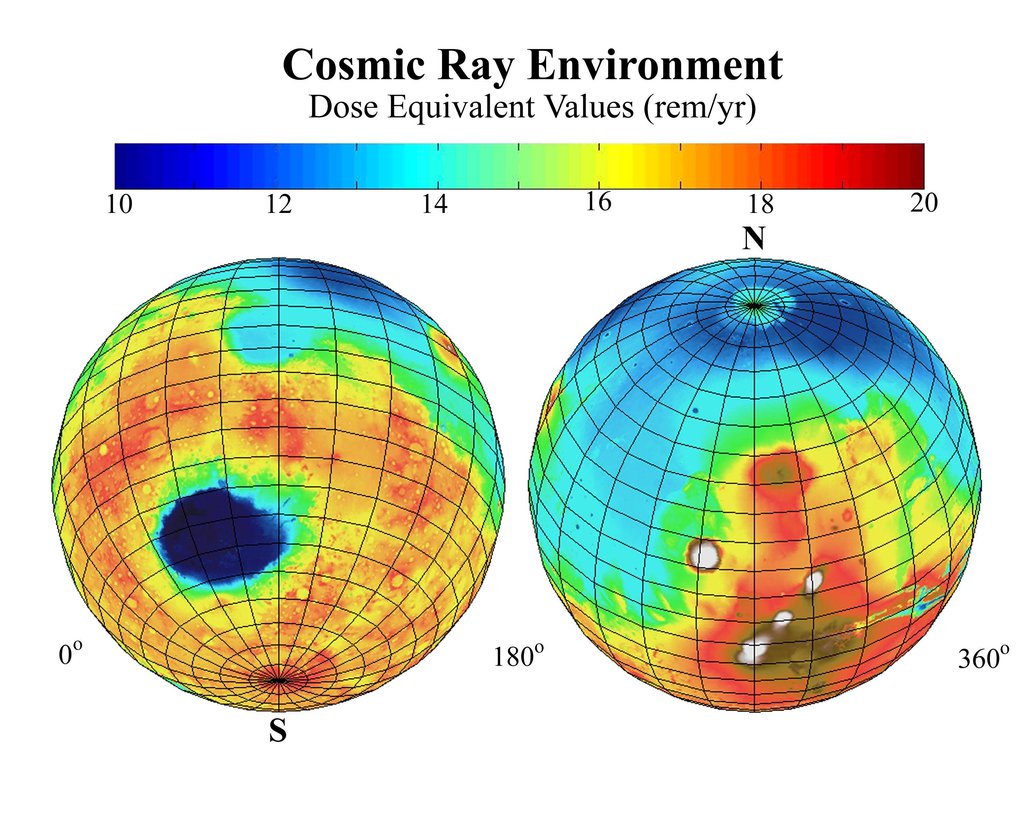 This global map of Mars shows the estimated radiation dosages from cosmic rays reaching the surface, a serious health concern for any future human exploration of the planet.