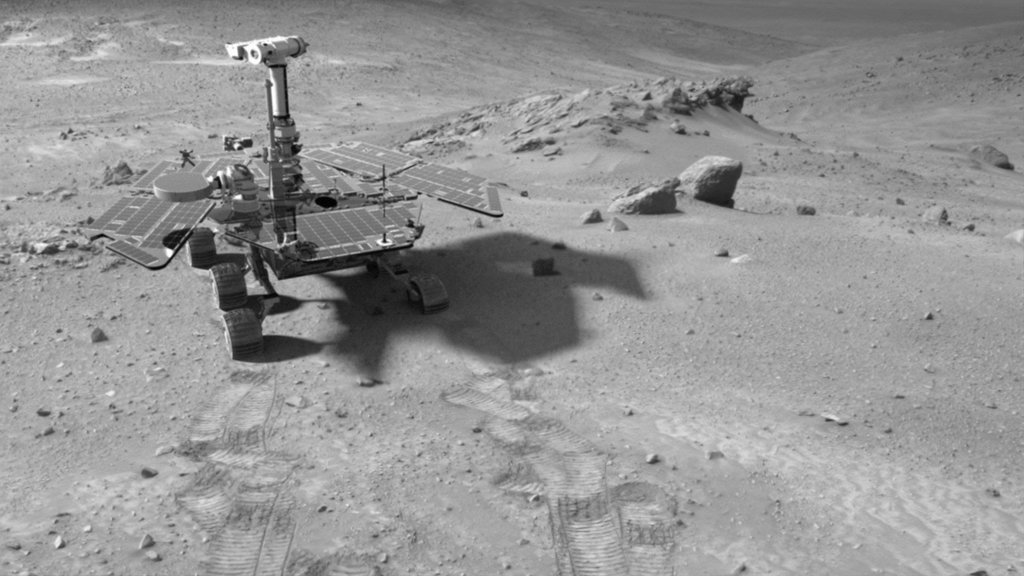 This synthetic image of the Spirit Mars Exploration Rover in the "Columbia Hills" was produced using "Virtual Presence in Space" technology. Developed at NASA's Jet Propulsion Laboratory, Pasadena, Calif., this technology combines visualization and image-processing tools with Hollywood-style special effects. The image was created using a photorealistic model of the rover and an image taken by the Spirit navigation camera during the rover's 438th Martian day, or sol (March 27, 2005); see PIA07829). The size of the rover in the image is approximately correct and was based on the size of the rover tracks in the navigation-camera image.

Because this synthesis provides viewers with a sense of their own "virtual presence" (as if they were there themselves), such views can be useful to mission teams in planning exploration by enhancing perspective and a sense of scale.