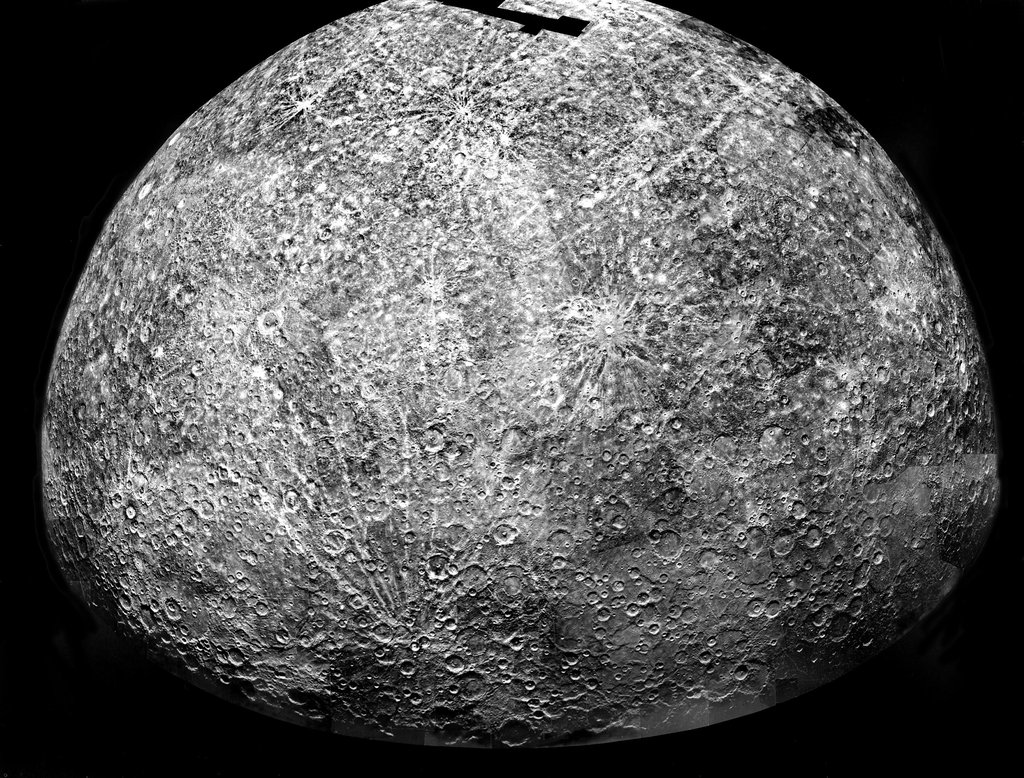 The Image Processing Lab at NASA's Jet Propulsion Laboratory produced this photomosaic using computer software and techniques developed for use in processing planetary data. The Mariner 10 spacecraft imaged the region during its initial flyby of the planet.