The Role of Sulfur in Io's Volcanoes 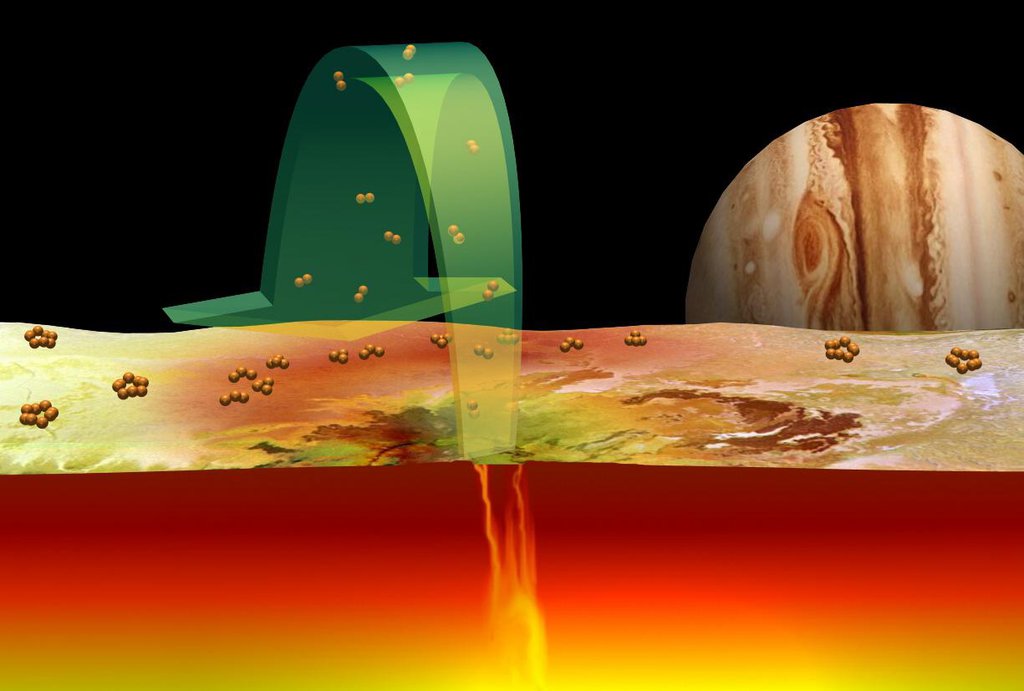 Current scientific ideas about the role of sulfur in volcanoes on Jupiter's moon Io are illustrated. Sulfur gas consisting of pairs of sulfur atoms (S2), detected above Io's volcano Pele by the Hubble Space Telescope in October 1999, is ejected from the hot vents of Io's volcanoes (green arrow). The sulfur gas lands on the cold surface, where the sulfur atoms rearrange into molecules of three or four atoms (S3, S4), which give the surface a red color. Eventually the atoms rearrange into their most stable configuration, rings of eight atoms (S8), which form ordinary pale yellow sulfur.