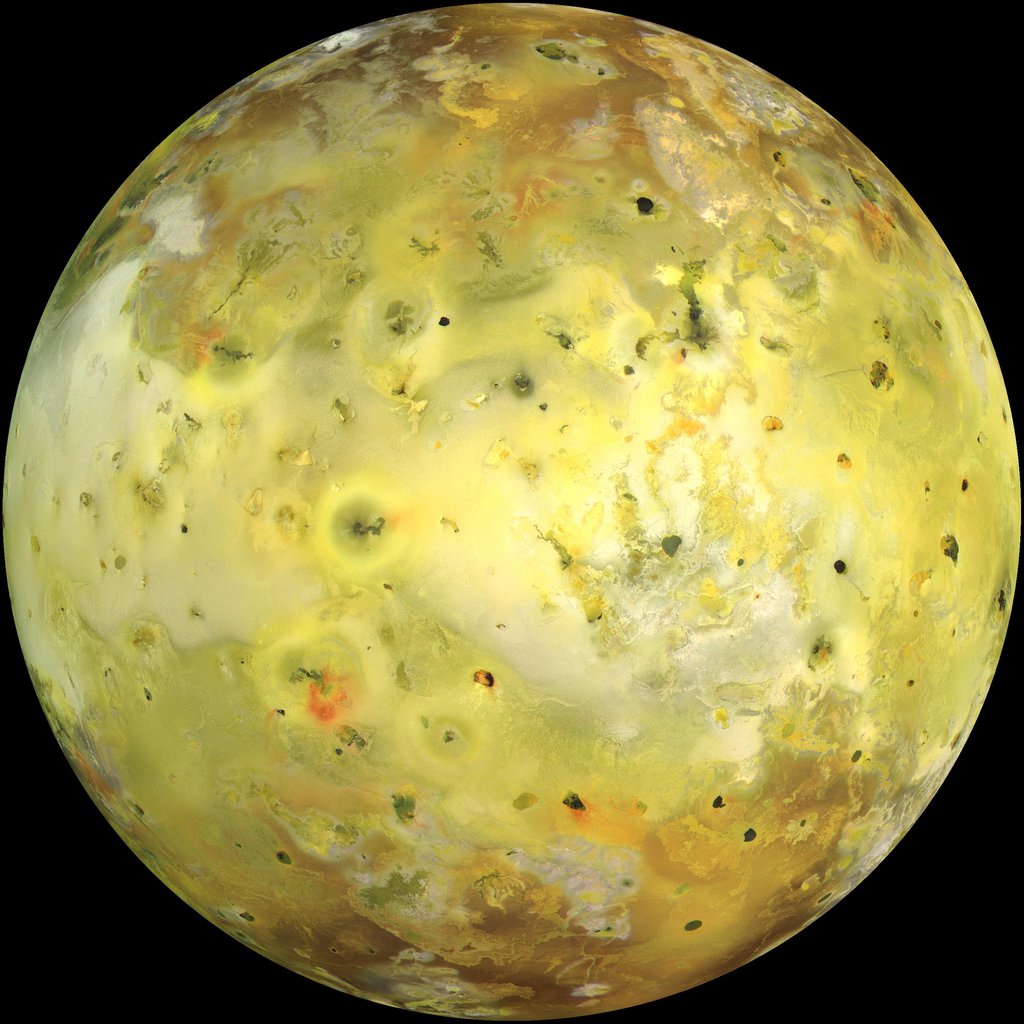 NASA's Galileo spacecraft acquired its highest resolution images of Jupiter's moon Io on 3 July 1999 during its closest pass to Io since orbit insertion in late 1995. This color mosaic uses the near-infrared, green and violet filters (slightly more than the visible range) of the spacecraft's camera and approximates what the human eye would see. Most of Io's surface has pastel colors, punctuated by black, brown, green, orange, and red units near the active volcanic centers. A false color version of the mosaic has been created to enhance the contrast of the color variations.

Galileo will make two close passes of Io beginning in October of this year. Most of the high-resolution targets for these flybys are seen on the hemisphere shown here.

North is to the top of the picture and the sun illuminates the surface from almost directly behind the spacecraft. This illumination geometry is good for imaging color variations, but poor for imaging topographic shading. However, some topographic shading can be seen here due to the combination of relatively high resolution (1.3 kilometers or 0.8 miles per picture element) and the rugged topography over parts of Io. The image is centered at 0.3 degrees north latitude and 137.5 degrees west longitude. The resolution is 1.3 kilometers (0.8 miles) per picture element. The images were taken on 3 July 1999 at a range of about 130,000 kilometers (81,000 miles) by the Solid State Imaging (SSI) system on NASA's Galileo spacecraft during its twenty-first orbit.