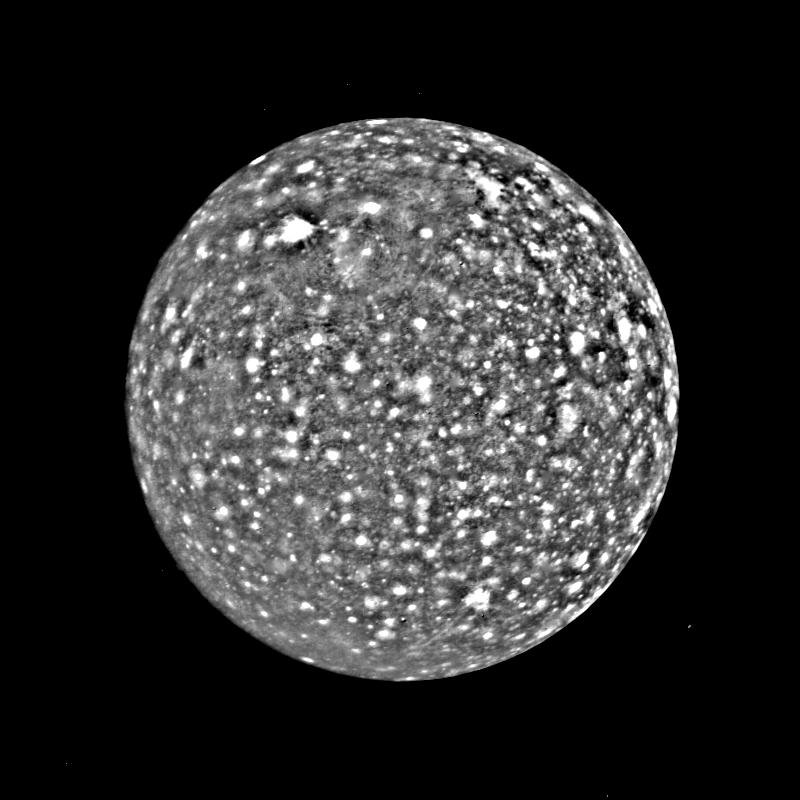 This black and white image of Callisto was taken by Voyager 2 about 3:20 A.M PDT Saturday, July 7, from a range of about 1.1 million kilometers (675,000 miles). The picture has been enhanced to reveal detail in the scene. Voyager l's high resolution coverage was of the hemisphere just over the right-hand (eastern) horizon, and the large ring structure discovered by Voyager 1 is just over the eastern limb. This image shows yet another ring structure in the upper part of the picture. Callisto exhibits some of the most ancient terrain seen on any of the satellites. Scientists think Callisto's surface is a mixture of ice and rock dating back to the final stages of planetary accretion (over 4 billion years ago) when the surface was pockmarked by a torrential bombardment of meteorites. Younger craters show as bright spots, probably because they expose fresh ice and frost.