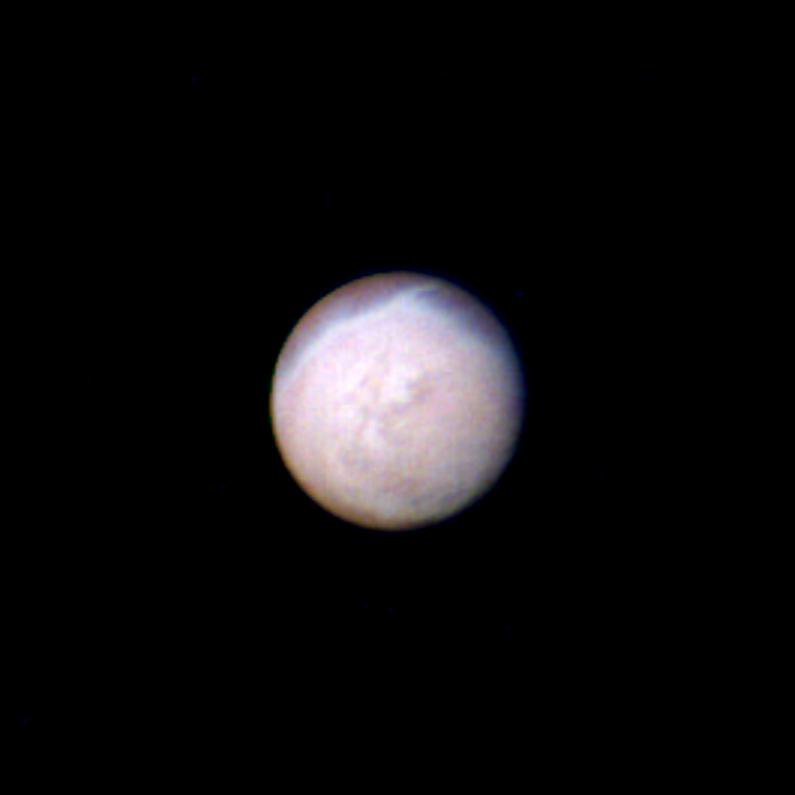 Voyager 2 obtained this color image of Triton at a distance of 4 million kilometers (2.5 million miles) at 1 a.m. PDT on Aug. 22, 1989. The picture was made by combining images taken through the green, clear and violet filters. The smallest features seen are about 74 kilometers (46 miles) across. The south pole of Triton is currently tipped toward the sun and it is summer in the southern hemisphere. The south pole is located about a quarter of the way up from the bottom of the image. The bright band near the top of the image nearly coincides with the equator of Triton. One prominent and several smaller bright, wispy streaks extend from the band into the darker northern hemisphere. The prominent wispy streak shows a bluish-white color while the darker northern hemisphere is reddish in color. This may indicate that the streak is freshly deposited frost while the red color in the northern hemisphere may result from methane frost that has been darkened by radiation. Individual markings appear to rotate with the satellite and retain their shapes indicating they are indeed surface features and not in the tenuous atmosphere. The Voyager Mission is conducted by JPL for NASA's Office of Space Science and Applications.