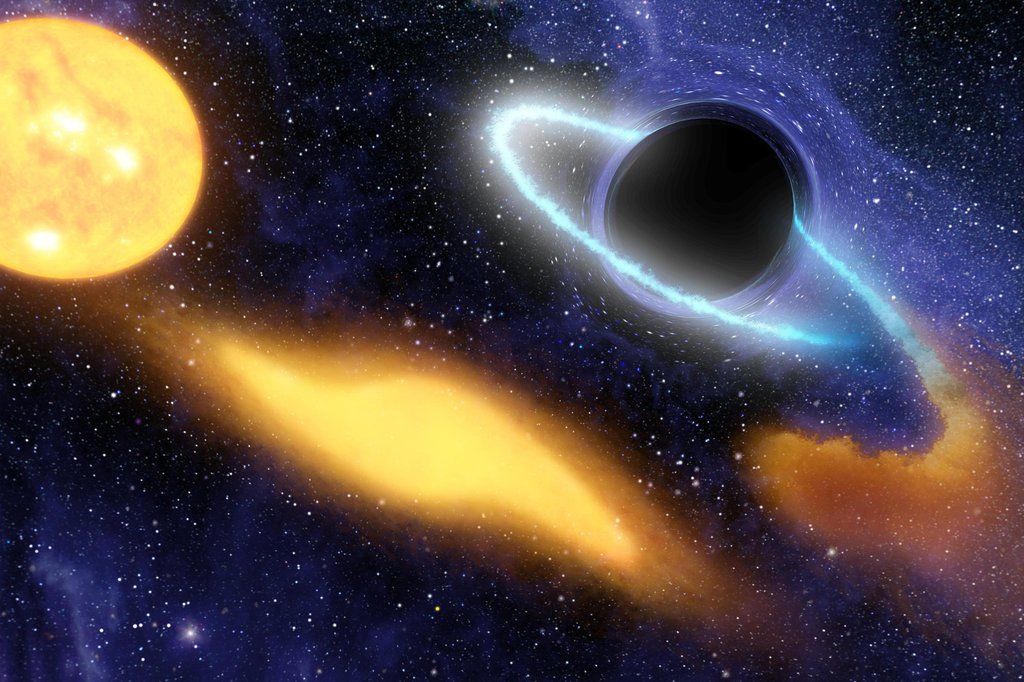 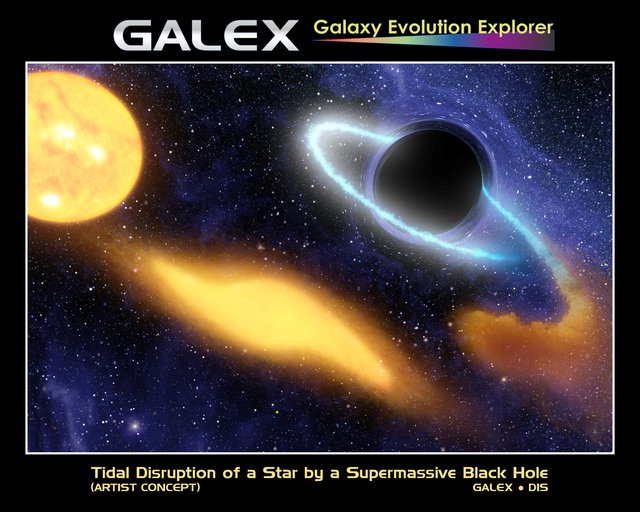 This artist's concept shows a supermassive black hole at the center of a remote galaxy digesting the remnants of a star. NASA's Galaxy Evolution Explorer had a "ringside" seat for this feeding frenzy, using its ultraviolet eyes to study the process from beginning to end.

The artist's concept chronicles the star being ripped apart and swallowed by the cosmic beast over time. First, the intact sun-like star (left) ventures too close to the black hole, and its own self-gravity is overwhelmed by the black hole's gravity. The star then stretches apart (middle yellow blob) and eventually breaks into stellar crumbs, some of which swirl into the black hole (cloudy ring at right). This doomed material heats up and radiates light, including ultraviolet light, before disappearing forever into the black hole. The Galaxy Evolution Explorer was able to watch this process unfold by observing changes in ultraviolet light.