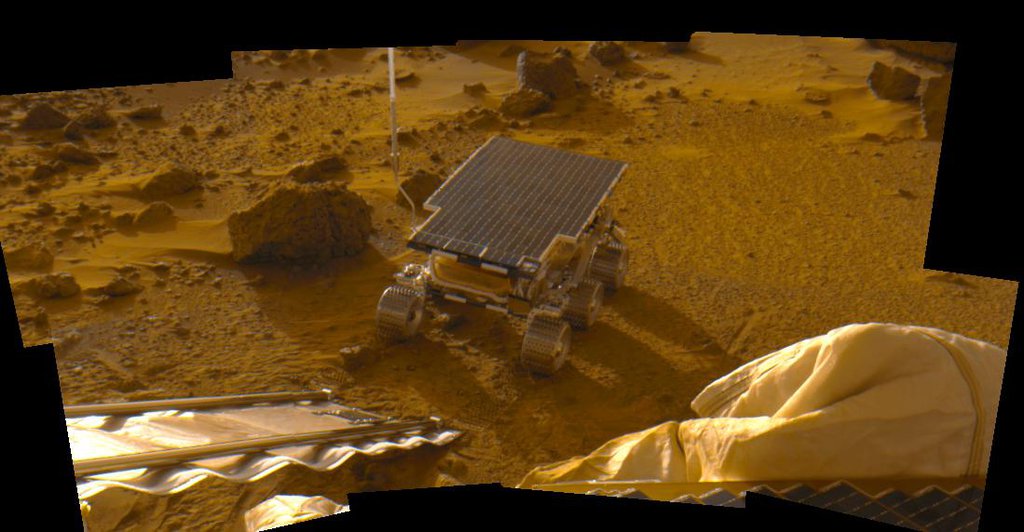 This 8-image mosaic was acquired during the late afternoon (near 5pm LST, note the long shadows) on Sol 2 as part of the predeploy "insurance panorama" and shows the newly deployed rover sitting on the Martian surface. This color image was generated from images acquired at 530,600, and 750 nm. The insurance panorama was designed as "insurance" against camera failure upon deployment. Had the camera failed, the losslessly-compressed, multispectral insurance panorama would have been the main source of image data from the IMP.