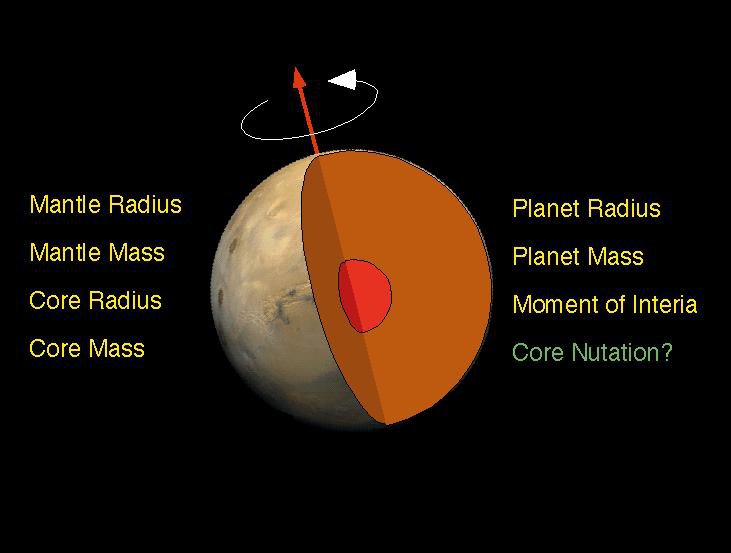 The interior of Mars is simply modeled as a core and mantle with a thin crust, similar to Earth. Mars' size and total mass have been determined by previous missions. Given four parameters, the core size and mass, and mantle size and mass can be determined. The combination of Pathfinder Doppler data with earlier data from the Viking landers has determined a third parameter, the moment of inertia, through measurement of Mars' precession rate. A fourth measurement is needed to complete the interior model. This may be achieved through future Doppler tracking of Pathfinder, since the presence of a fluid core may be detectable through its effect on Mars' nutation. The determination of the moment of inertia is a significant constraint on possible models for Mars' interior. If the core is as dense as possible (i.e. completely iron) and the mantle is similar to Earth's (or similar to the SNC meteorites thought to originate on Mars) then the minimum core radius is about 1300 km. If the core is made of less-dense material (i.e. a mixture of iron and sulfur) then the core radius is probably no more than 2000 km.