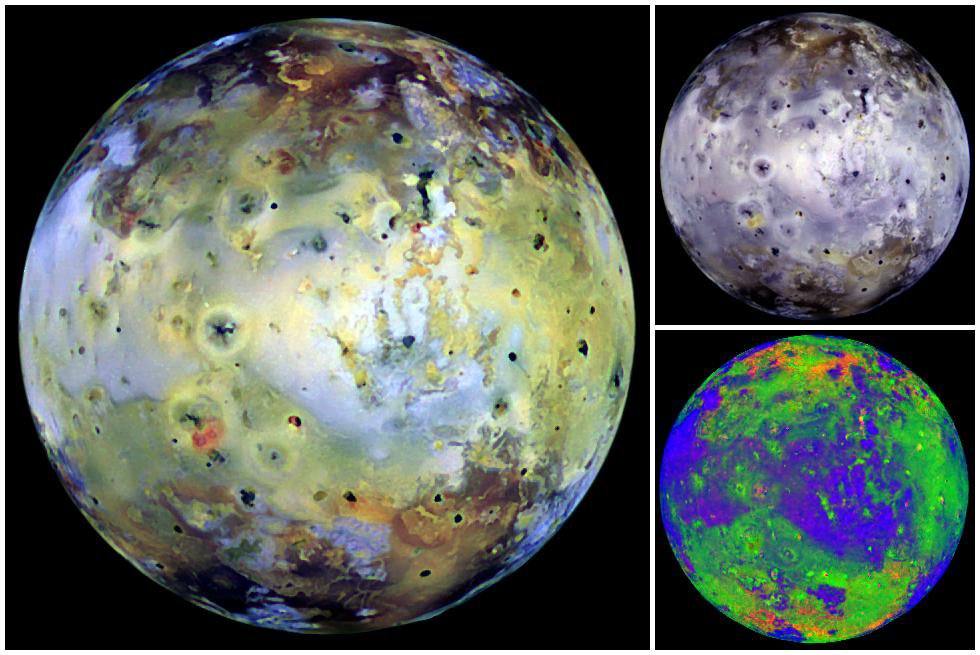 These full disk views of Jupiter's volcanic moon, Io, use images which were acquired by NASA's Galileo spacecraft when Io, the spacecraft, and the sun were nearly all aligned (near zero degrees phase angle). This angle best shows color variations on the surface. The left frame is an enhanced color view combining images obtained with the near-infrared, green, and violet filters of Galileo's Solid State Imaging (CCD) system. The white areas are rich in sulfur dioxide frost. Yellow, brown, and red areas are rich in other sulfurous materials. The upper right frame combines the green, near-infrared, and one micrometer filters. The added information from the infrared part of the spectrum will help scientists characterize the type of volcanism that paints this active world. The lower right frame is a color ratio composite, in which ratios of different color combinations are displayed as red, green, and blue to reveal subtle color variations. North is to the top and the smallest features which can be discerned are 6 kilometers in size. These images were taken on December 18, 1996 at a range of 580,000 kilometers.