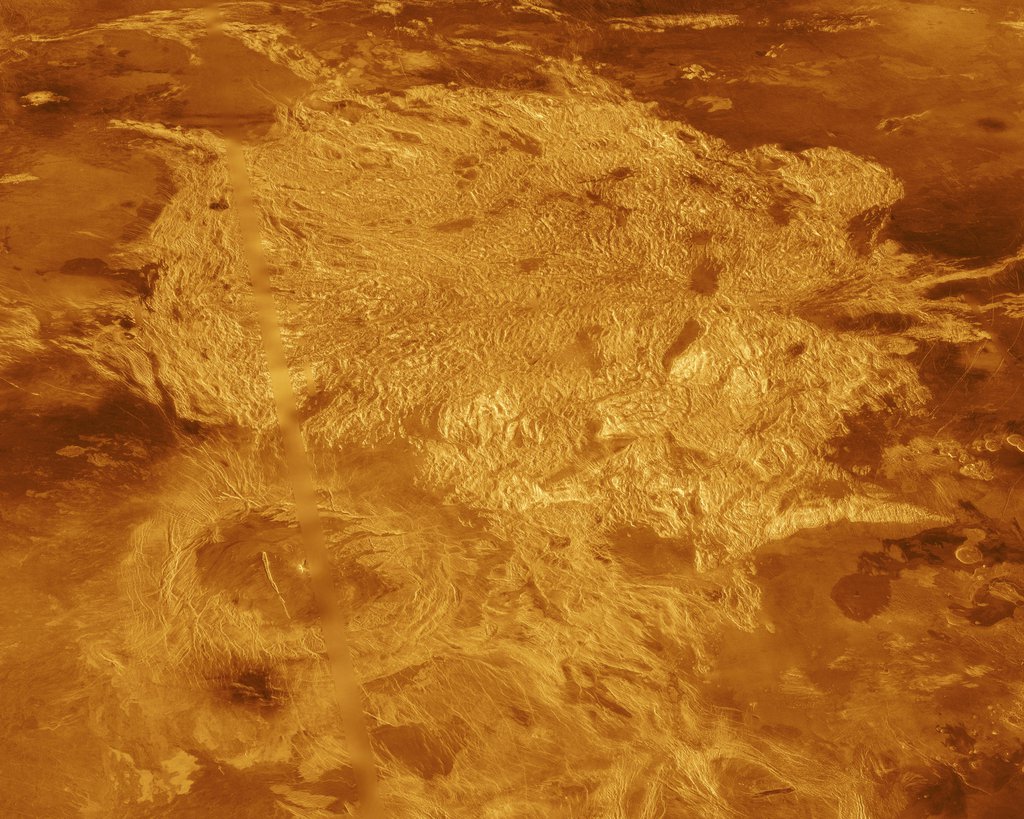 A portion of Alpha Regio is displayed in this three-dimensional perspective view of the surface of Venus. Alpha Regio, a topographic upland approximately 1300 kilometers across, is centered on 25 degrees south latitude, 4 degrees east longitude. In 1963, Alpha Regio was the first feature on Venus to be identified from Earth-based radar. The radar-bright area of Alpha Regio is characterized by multiple sets of intersecting trends of structural features such as ridges, troughs, and flat-floored fault valleys that, together, form a polygonal outline. Directly south of the complex ridged terrain is a large ovoid-shaped feature named Eve. The radar-bright spot located centrally within Eve marks the location of the prime meridian of Venus. Magellan synthetic aperture radar data is combined with radar altimetry to develop a three-dimensional map of the surface. Ray tracing is used to generate a perspective view from this map. The vertical scale is exaggerated approximately 23 times. Simulated color and a digital elevation map developed by the U. S. Geological Survey are used to enhance small scale structure. The simulated hues are based on color images recorded by the Soviet Venera 13 and 14 spacecraft. The image was produced at the JPL Multimission Image Processing Laboratory by Eric De Jong, Jeff Hall, and Myche McAuley, and is a single frame from the movie released at the March 5, 1991, press conference.