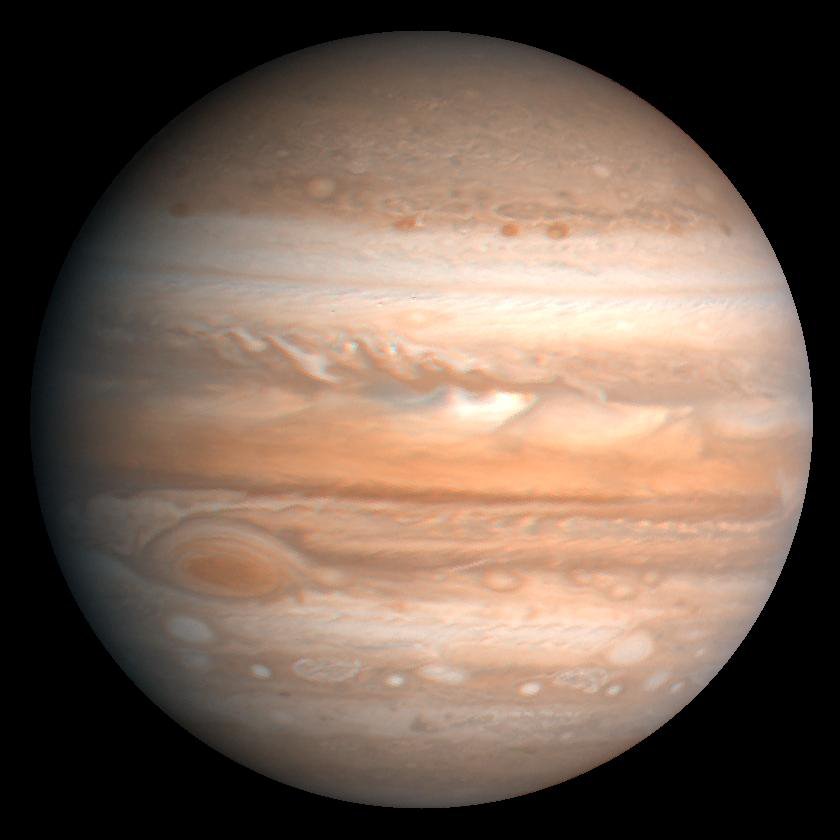 This processed color image of Jupiter was produced in 1990 by the U.S. Geological Survey from a Voyager image captured in 1979. The colors have been enhanced to bring out detail. Zones of light-colored, ascending clouds alternate with bands of dark, descending clouds. The clouds travel around the planet in alternating eastward and westward belts at speeds of up to 540 kilometers per hour. Tremendous storms as big as Earthly continents surge around the planet. The Great Red Spot (oval shape toward the lower-left) is an enormous anticyclonic storm that drifts along its belt, eventually circling the entire planet.