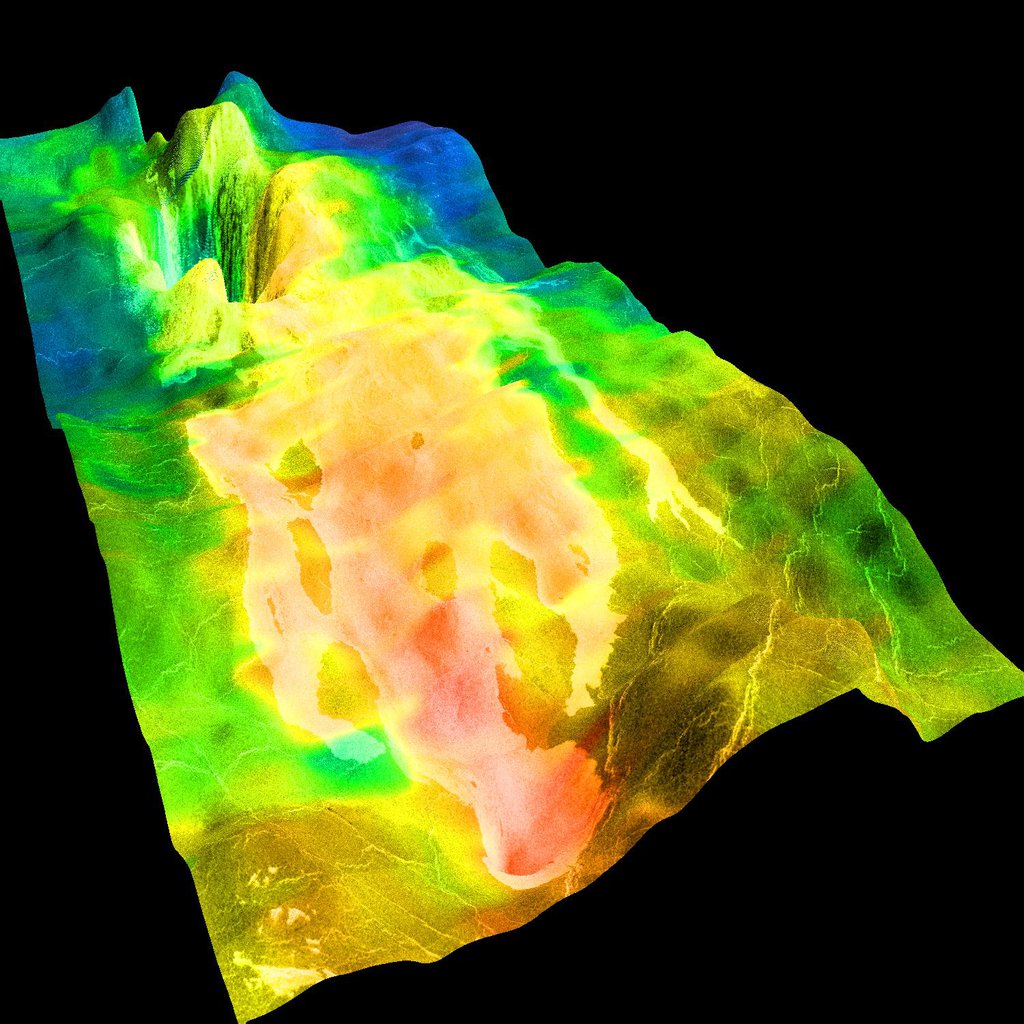 This perspective view of Venus, generated by computer from Magellan data and color-coded with emissivity, shows the impact crater Markham, named after the English aviator Beryl Markham (the crater was briefly known unofficially as Franklin; the earlier name was not approved by the Nomenclature Committee of the International Astronomical Union). Markham, with a diameter of 71 km, is one of more than 400 Venusian craters whose formation triggered the outflow of highly fluid materials. Such outflows are thought to consist of mixtures of melted and fractured rock, and studies of their lobate margins and surface roughnesses suggest that they behave like a cross between lava flows and debris flows on Earth. The flow from this crater's ejecta traversed a slope of extremely low gradient (less than 0.1 degree) for 450 km, leaving an extremely rough, radar-bright surface. The ground-hugging nature of the flow is indicated by its being diverted by the foreground hill, which is less than 200 m high. Magellan MIDR quadrangle* containing this image: C1- 00N163. Image resolution (m): 225. Size of region shown (E-W x N-S, in km): 473 x 360. Range of emissivities from violet to red: 0.80 -- 0.95. Vertical exaggeration: 200. Azimuth of viewpoint (deg clockwise from East): 300. Elevation of viewpoint (km): 500. *Quadrangle name indicates approximate center latitude (N=north, S=south) and center longitude (East).