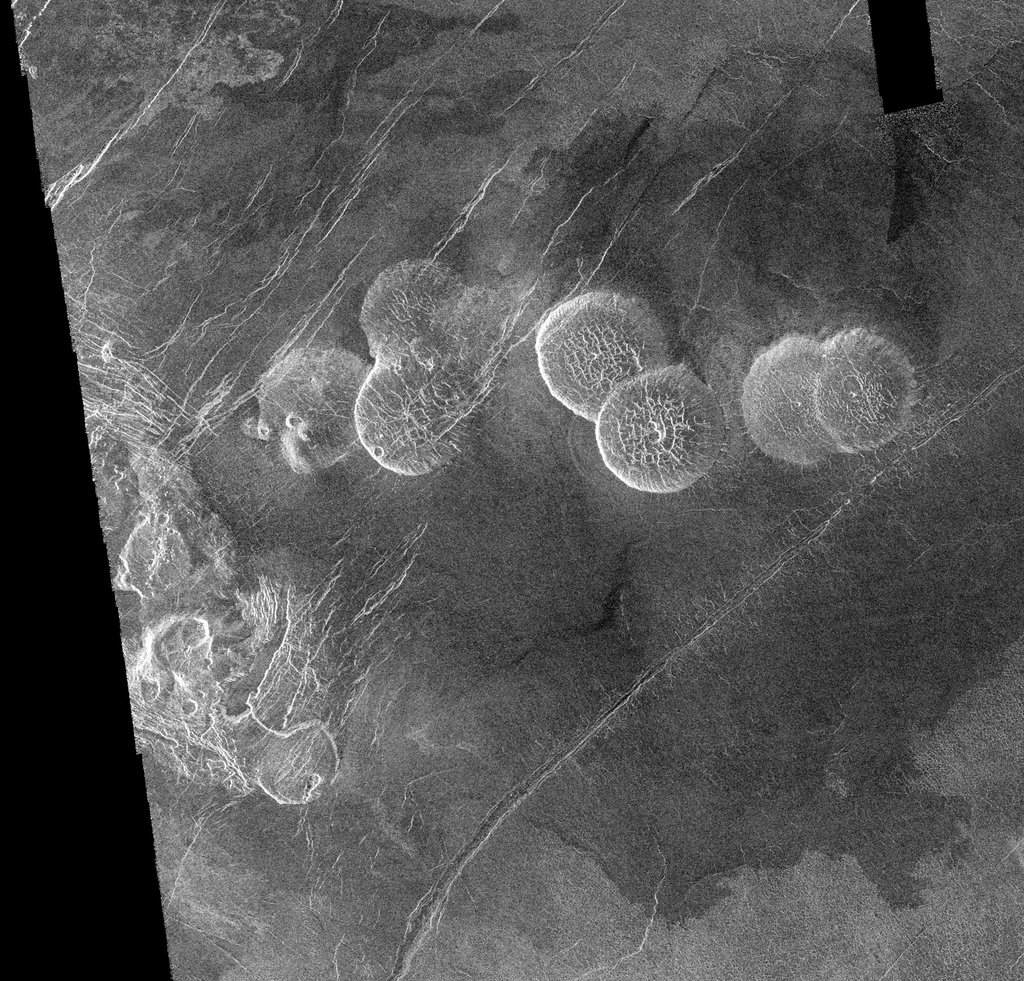 The eastern edge of Alpha Regio is shown in this image centered at 30 degrees south latitude and 11.8 degrees east longitude (longitude on Venus is measured from 0 degrees to 360 degrees east). Seven circular, dome-like hills, averaging 25 kilometers (15 miles) in diameter with maximum heights of 750 meters (2,475 feet) dominate the scene. These features are interpreted as very thick lava flows that came from an opening on the relatively level ground, which allowed the lava to flow in an even pattern outward from the opening. The complex fractures on top of the domes suggest that if the domes were created by lava flows, a cooled outer layer formed and then further lava flowing in the interior stretched the surface. The domes may be similar to volcanic domes on Earth. Another interpretation is that the domes are the result of molten rock or magma in the interior that pushed the surface layer upward. The near-surface magma then withdrew to deeper levels, causing the collapse and fracturing of the dome surface. The bright margins possibly indicate the presence of rock debris on the slopes of the domes. Some of the fractures on the plains cut through the domes, while others appear to be covered by the domes. This indicates that active processes pre date and post date the dome-like hills. The prominent black area in the northeast corner of the image is a data gap. North is at the top of the image.