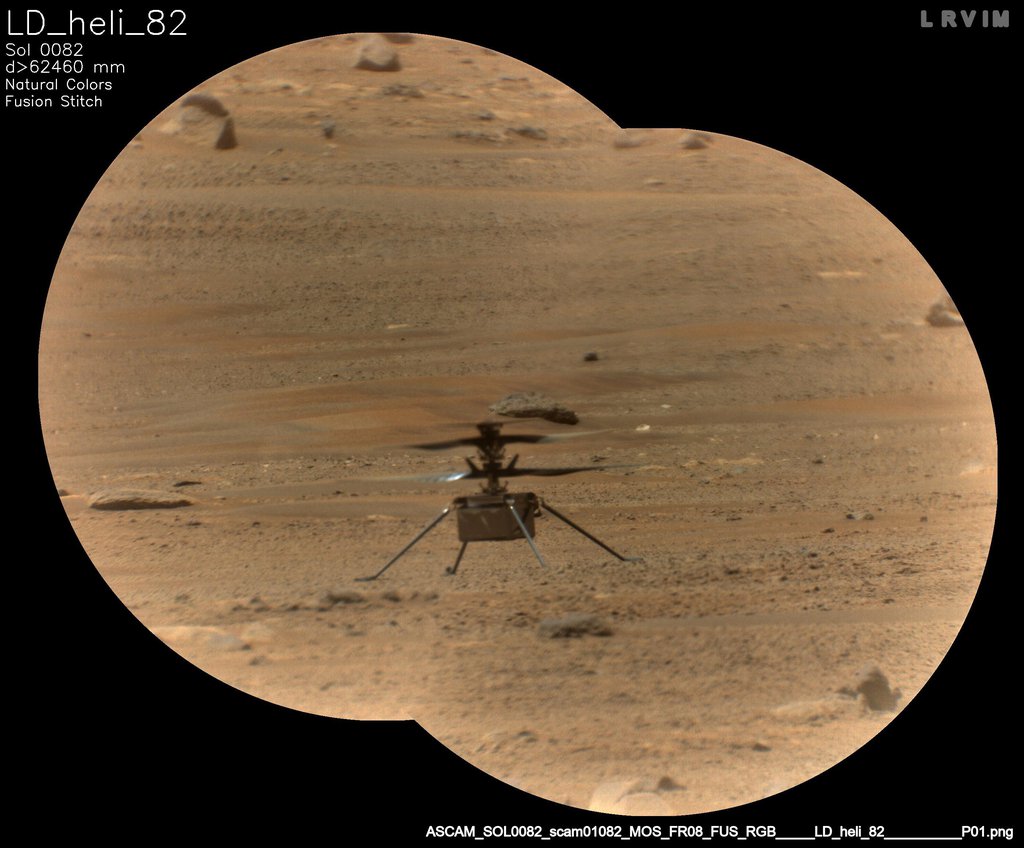 NASA's Ingenuity Mars Helicopter is viewed here through the Remote Microscopic Imager (RMI) camera, part of the SuperCam instrument aboard NASA's Perseverance rover. This image was taken on May 14, 2021, the 82nd Martian day, or sol, of the mission.

The RMI is able to spot a softball from nearly a mile away, allowing scientists to take images of details from a long distance. It also provides fine details of nearby targets zapped by SuperCam's laser.