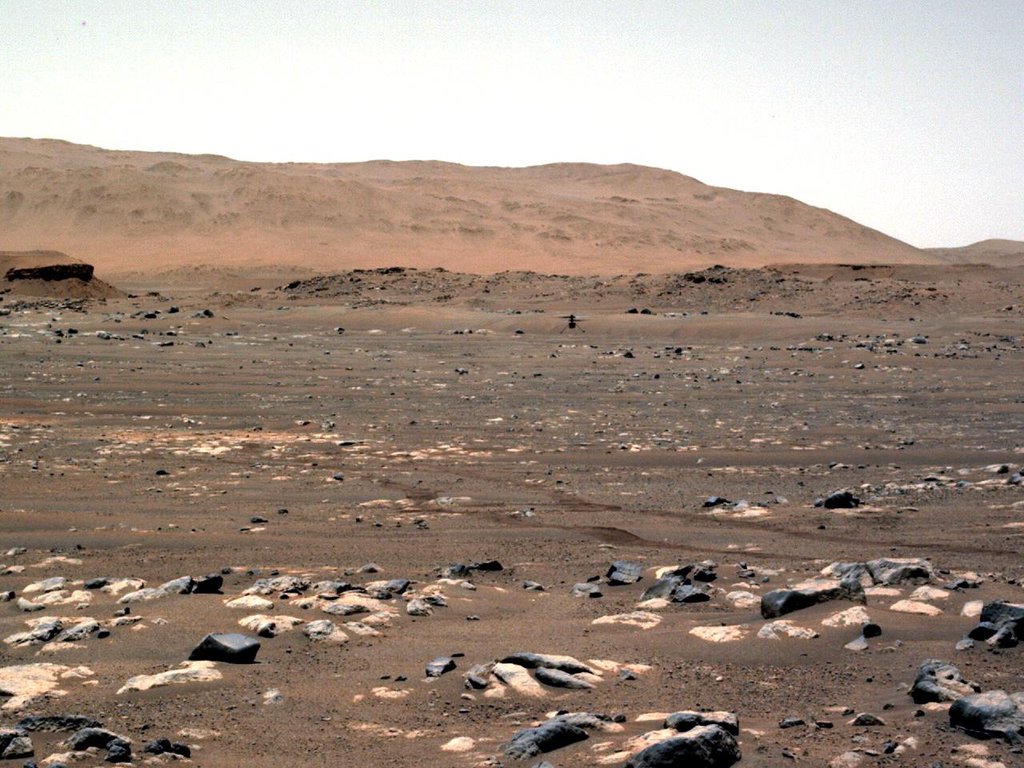 NASA's Ingenuity Mars Helicopter achieves powered, controlled flight for the first time on another planet, hovering for several seconds before touching back down on April 19, 2021. The image was taken by the Navigation Camera, or Navcam, aboard the agency's Perseverance Mars rover from a distance of 210 feet (64 meters). A short movie was also recorded and can be downloaded here as a GIF.