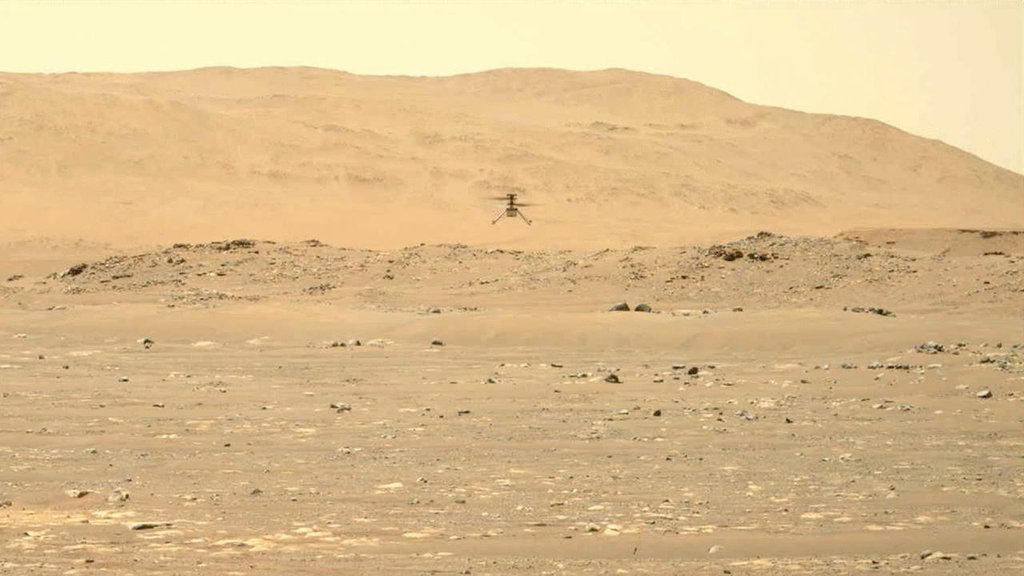 NASA's Ingenuity Mars Helicopter hovers and rotates over Jezero Crater during its second experimental flight test on April 22, 2021. The footage was captured by the Mastcam-Z imager, a pair of zoomable cameras aboard NASA's Perseverance Mars rover.

Altimeter data from the solar-powered helicopter indicates it climbed to its prescribed maximum altitude of 16 feet (5 meters), flew downrange 7 feet (2 meters) and returned, performed several turns while in a hover, and landed. Total flight time 51.9 seconds.

Flying in a controlled manner on Mars is far more difficult than flying on Earth. The Red Planet has significant gravity (about one-third that of Earth's), but an atmosphere with only about 1&percnt of the density at Earth's surface.