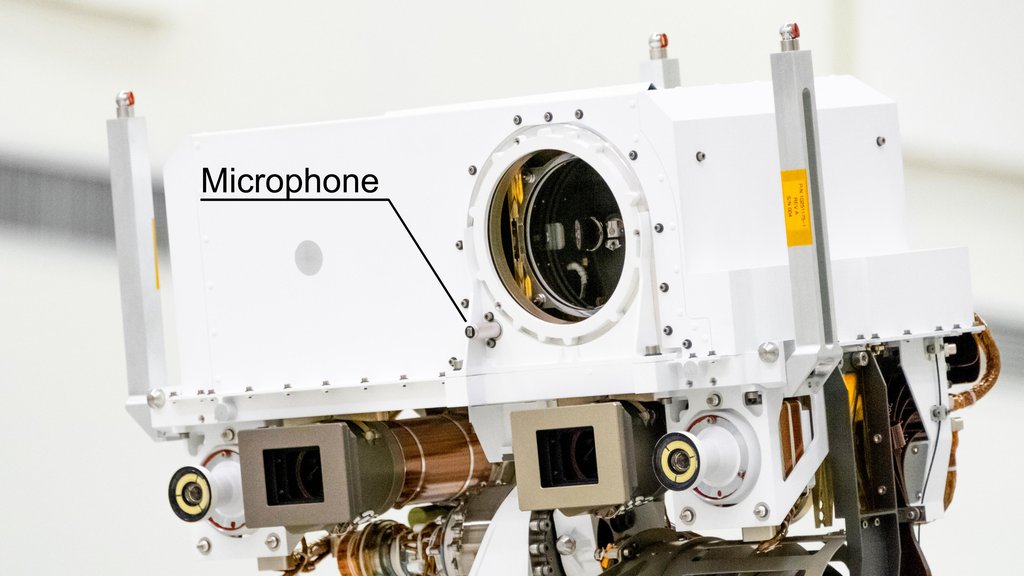 NASA's Perseverance Mars rover carries two commercial-grade microphones, including this one on its mast. The mast microphone is part of the SuperCam instrument.