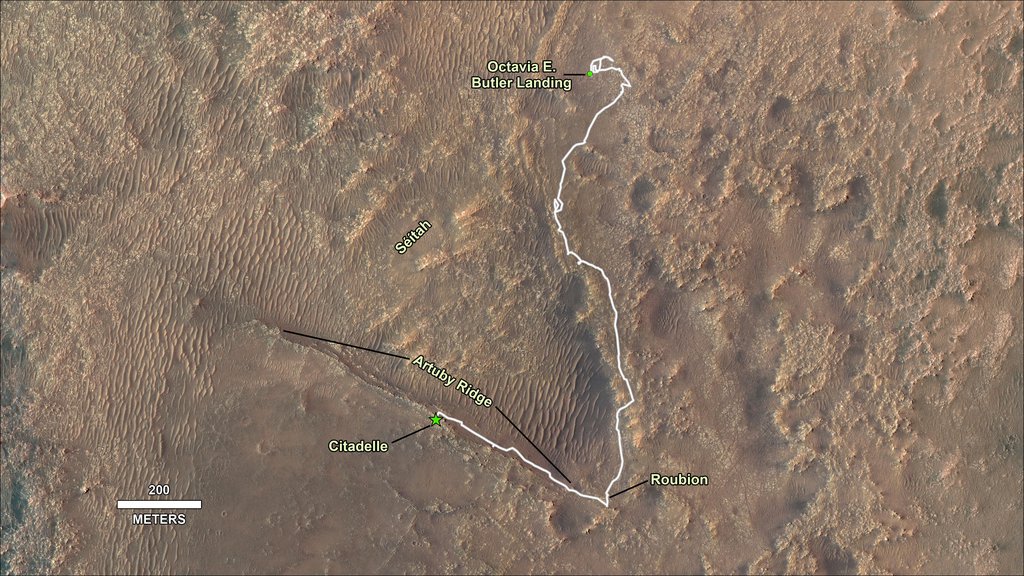 This image shows the journey of NASA's Perseverance rover across the floor of Mars' Jezero Crater in the approximately seven months since landing on Feb. 18, 2021. From the landing site "Octavia E. Butler Landing," the rover drove south and attempted to collect its first sample at a drill hole called "Roubion" in early August. After that rock proved too crumbly to provide a core sample, Perseverance drove northwest along "Artuby" ridge to an area known as "Citadelle," where it successfully collected its first two samples in early September 2021. The first core was taken from a block of rock called "Rochette," at the drill hole called "Montdenier." The second, or paired, sample of Montdenier was taken at the drill hole called "Montagnac.") "Séítah," a future area of rover exploration, is also shown.

This map is composed of images from the High Resolution Imaging Experiment (HiRISE) aboard NASA's Mars Reconnaissance Orbiter.