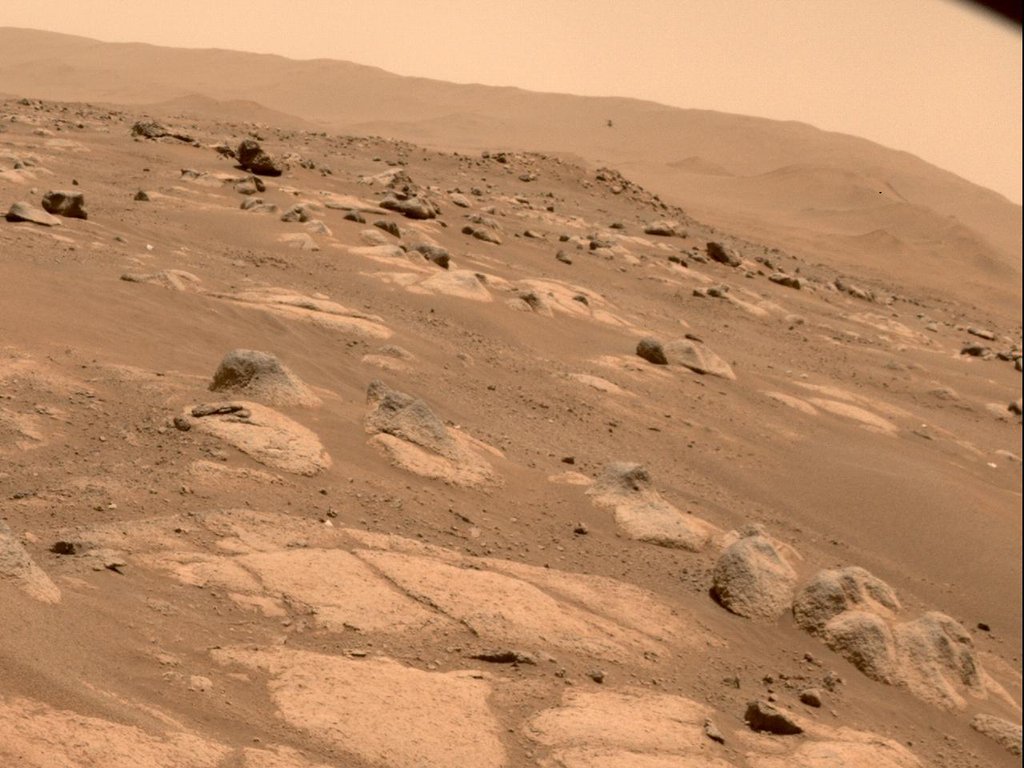 NASA's Ingenuity Mars Helicopter is viewed by one of the hazard cameras aboard the Perseverance rover during the helicopter's fourth flight on April 30, 2021.