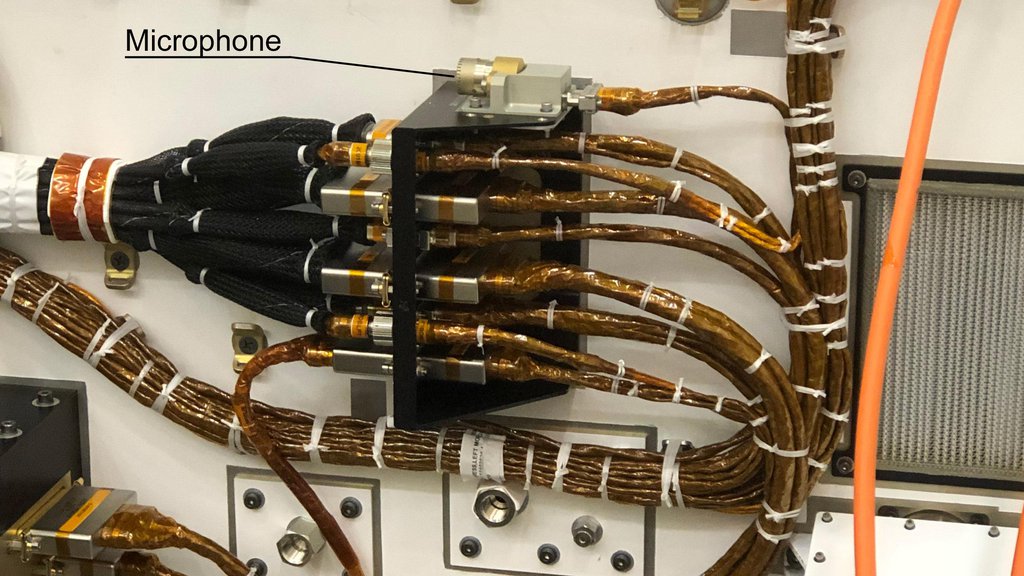 NASA's Perseverance Mars rover carries two commercial-grade microphones, including this one on its chassis. It was provided to record the sound of entry, descent and landing, though a software glitch prevented it from doing so. A second microphone, part of the SuperCam instrument, is included on the rover's mast. The mast microphone was included for specific science objectives.