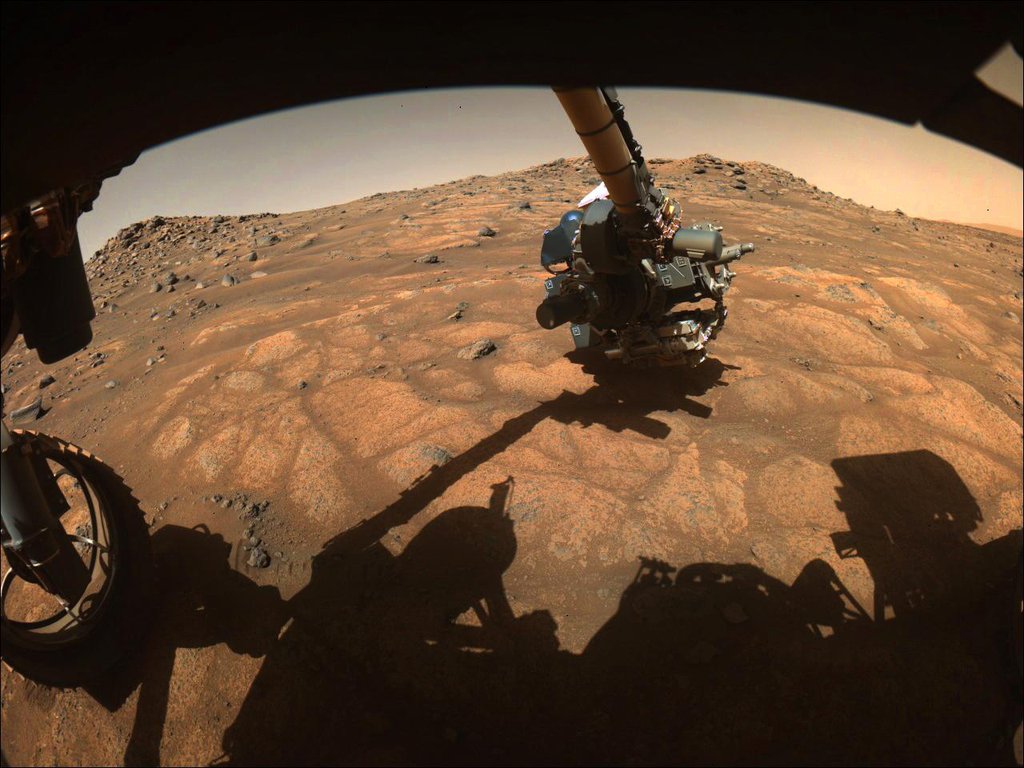 The robotic arm on NASA's Perseverance rover reached out to examine rocks in an area on Mars nicknamed the "Cratered Floor Fractured Rough" area in this image captured on July 10, 2021 (the 138th sol, or Martian day, of its mission). The image was taken by one of the rover's hazard cameras. An additional set of images from July 10-12 have been compiled into a GIF.

Scientists are particularly interested in the flat rocks that appear light in color (nicknamed "paver rocks"). This image was processed to enhance contrast.