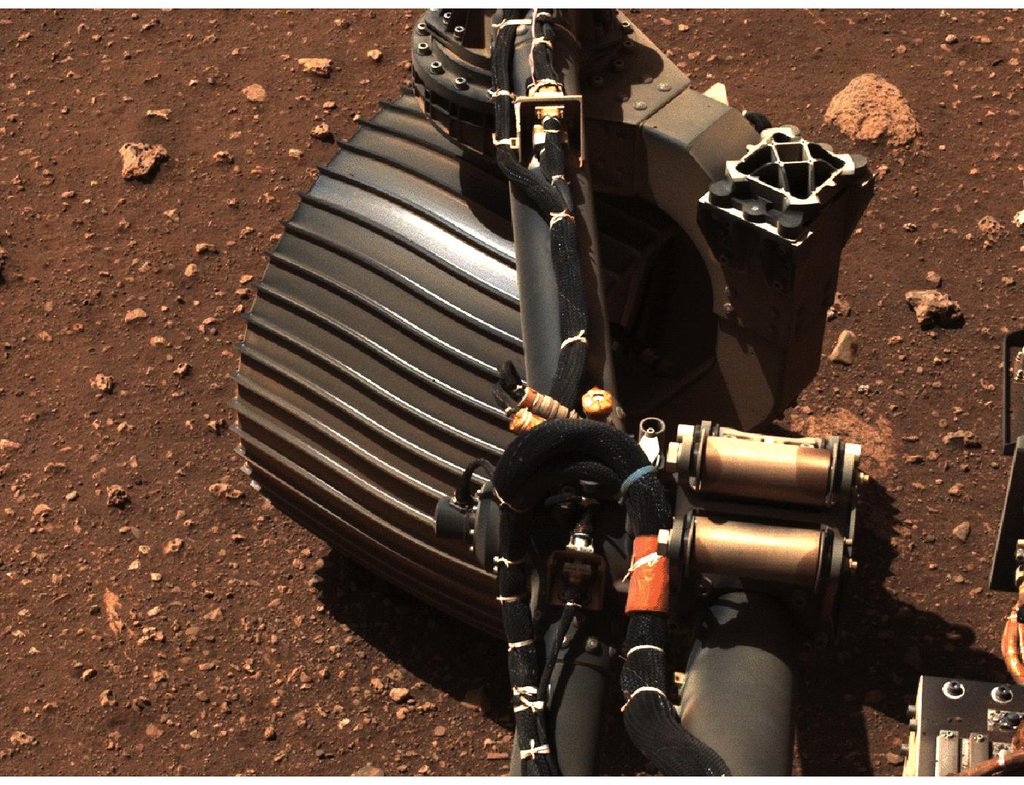 NASA's Perseverance rover wiggles one of its wheels in this set of images obtained by the rover's left Navigation Camera on March 4, 2021.