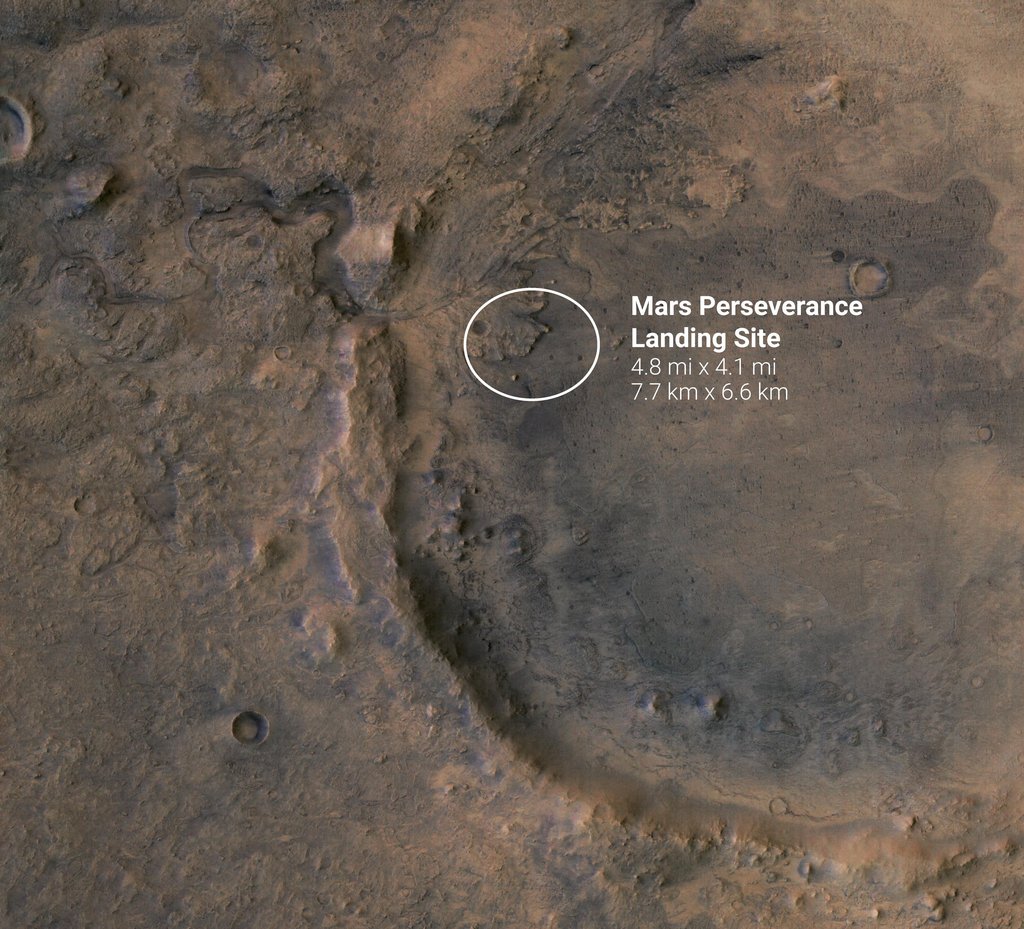 The white circle near the center of this image of Mars represents the location where NASA's Perseverance rover is expected to land on Feb. 18, 2021.

The landing ellipse, measuring 4.8 miles by 4.1 miles (7.7 kilometers by 6.6 kilometers), places the rover at the site of an ancient river delta which could harbor signs of fossilized microbial life. The fan-like shape of the delta is visible in this image, as is the crater rim. The crater was once filled with a lake several hundred feet deep.

Jezero Crater sits within the Isidis Planitia region of Mars, where an ancient asteroid or comet impact left behind a large basin some 750 miles (1200 kilometers) across. This event forever changed the rocks in and around the basin. A later, smaller impact created Jezero Crater within the Isidis impact basin. There is evidence of ancient river flow into Jezero, forming a lake that has long since been dry. Scientists believe that these events likely created environments friendly to life.