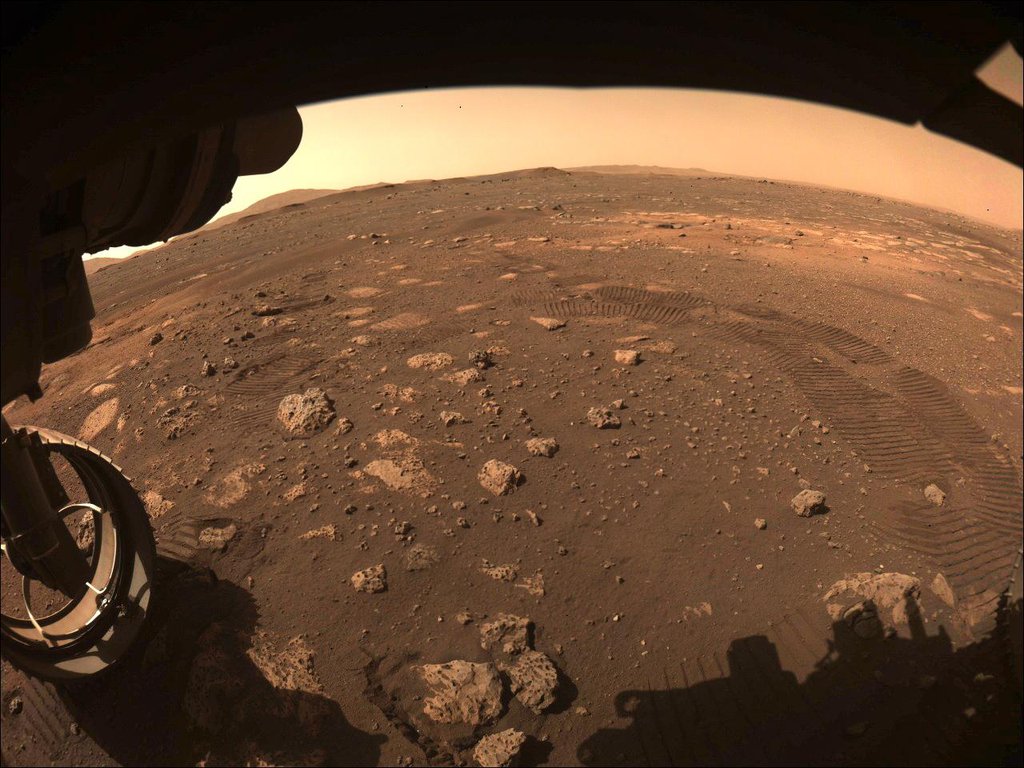 This image was captured while NASA's Perseverance rover drove on Mars for the first time on March 4, 2021. One of Perseverance's Hazard Avoidance Cameras (Hazcams) captured this image as the rover completed a short traverse and turn from its landing site in Jezero Crater.