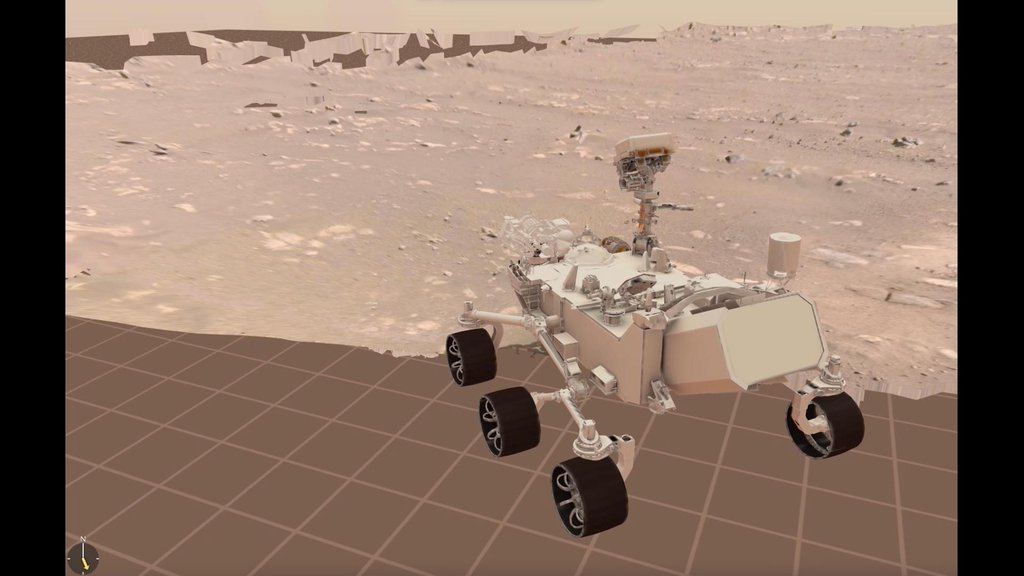 Engineers at NASA's Jet Propulsion Laboratory driving the agency's Perseverance rover use visualization software to plan how the rover moves around on Mars. This clip from their visualization shows the rover's first drive on March 4, 2021.