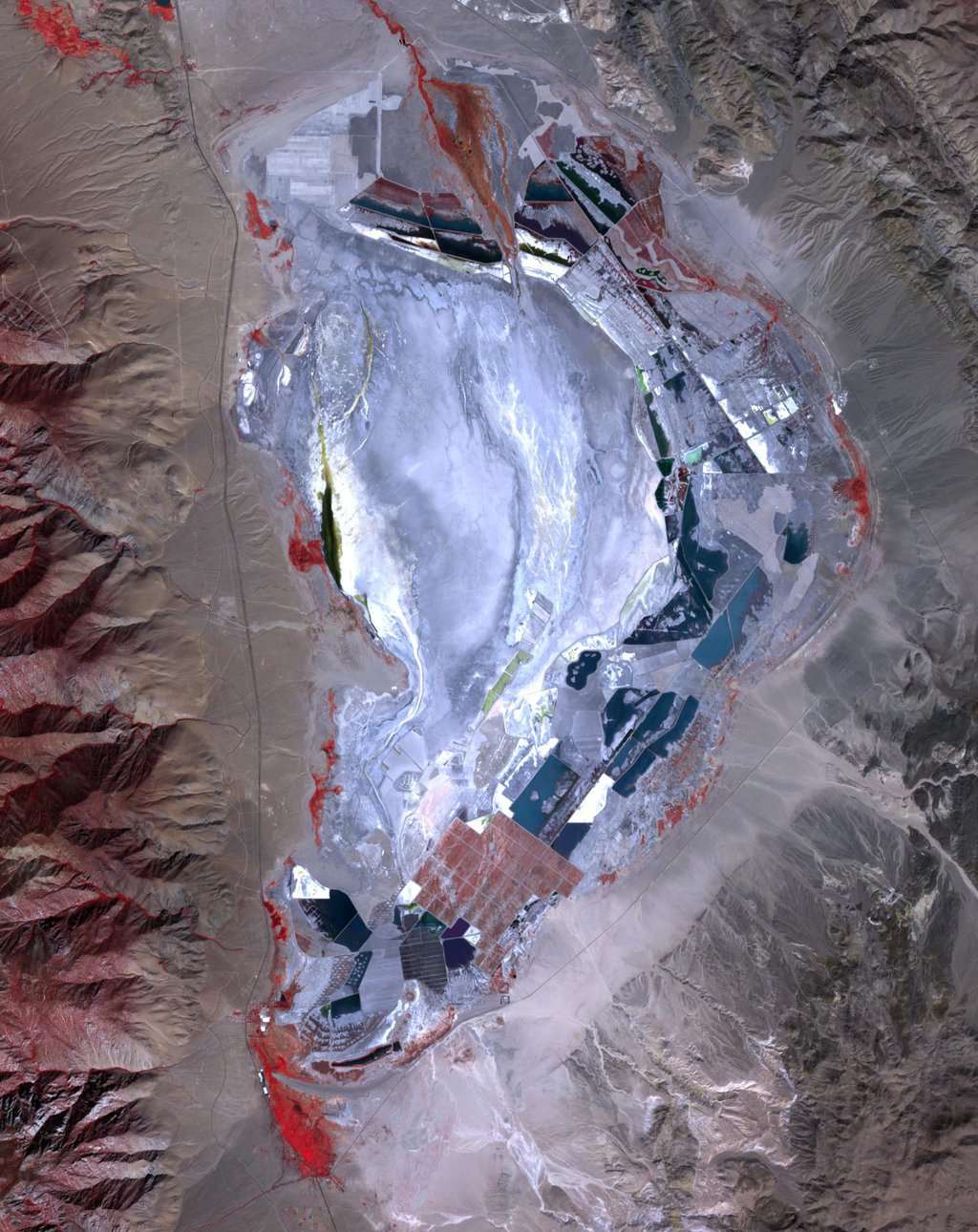 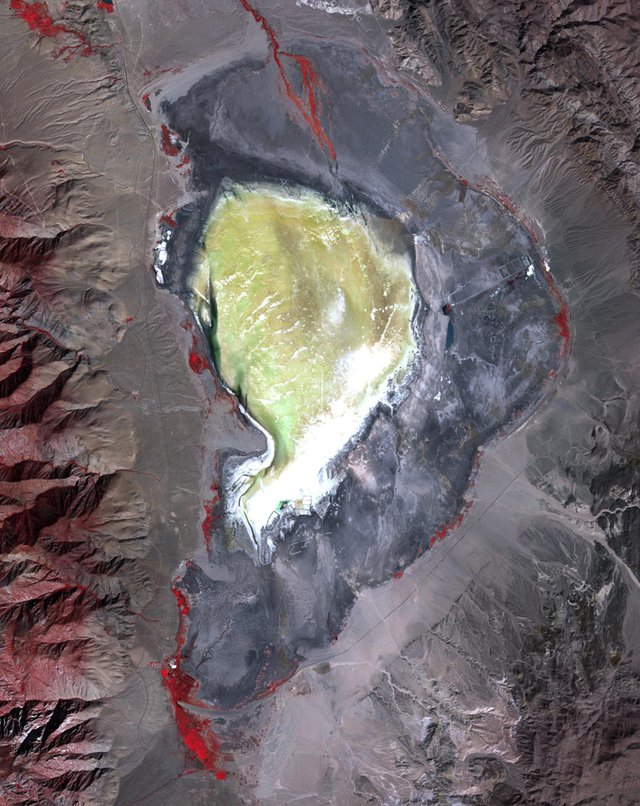 Prior to 1913, Owens Lake in eastern California had water up to a depth of 15 m, and covered an area of 280 km2. With the construction of the Los Angeles Aqueduct, all of the water from the Owens River was diverted to Los Angeles, and the lake dessicated, leading to dust storms that caused the worst air pollution in the state. Starting in 2002, various mitigation efforts were undertaken, including re-vegetation, flooding to create shallow ponds, and surface saturation to rehydrate the top layers. The Landsat image was acquired October 4, 1984 and the ASTER image on September 29, 2020. Both images cover an area of 25.6 by 32.3 km, and are located at 36.4 degrees north, 117.9 degrees west.