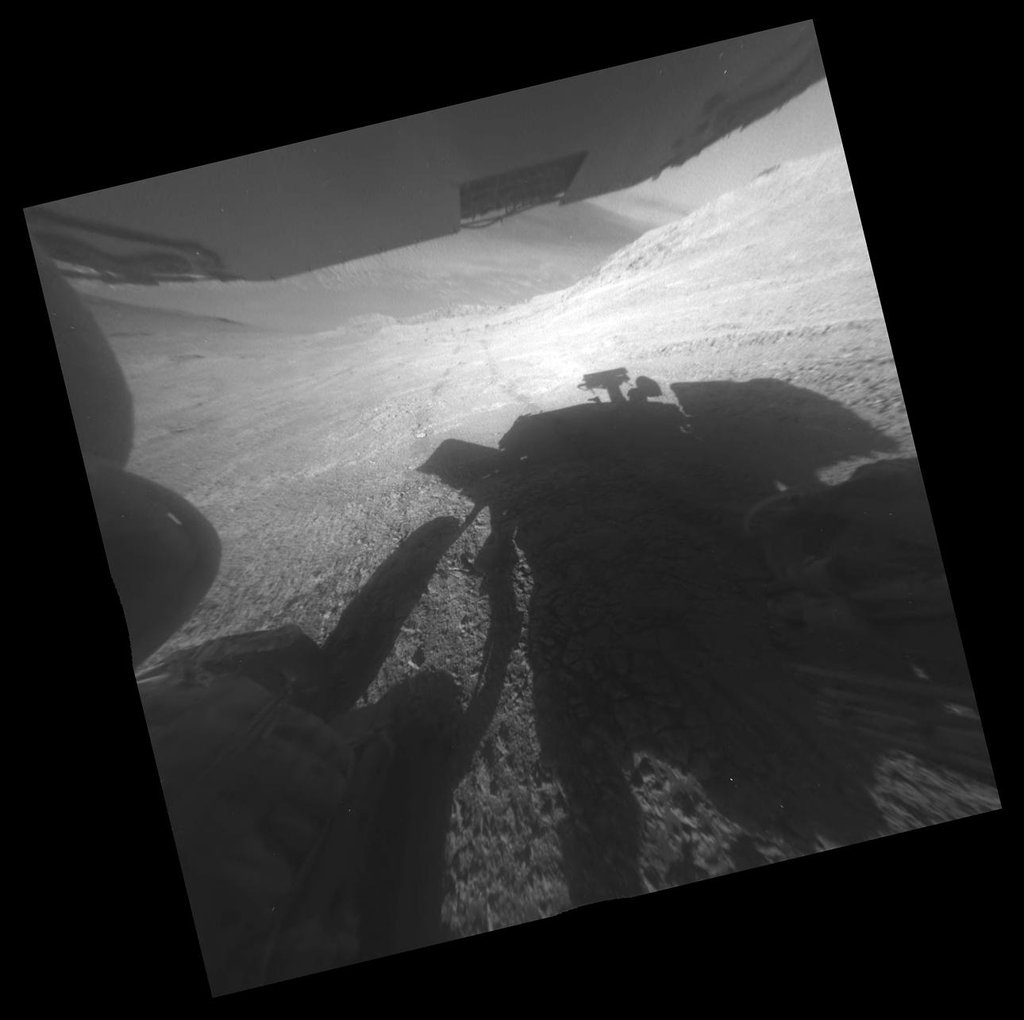 A shadow and wheel tracks of NASA's Mars Exploration Rover Opportunity appear in this image taken by a rear hazard avoidance camera (hazcam) just after a drive on a slope above Endeavour Crater on March 22, 2016, during the 4,323rd Martian day, or sol, of the rover's work on Mars.

The image has been rotated 13.5 degrees to adjust for the tilt of the rover on a hillside. Two rear hazcams are mounted low on the rover chassis. The upper portion of the wide-angle image shows the underside of Opportunity's solar array. This version has been geometrically linearized to straighten curves that are an effect of the fisheye lens in the raw image at http://mars.nasa.gov/mer/gallery/all/1/r/4323/1R511968608EFFCPITP1312L0M1.HTML.

The Sol 4323 drive took Opportunity westward about 40 feet (12 meters) along the ridge forming the southern edge of "Marathon Valley," which cuts east-west through the western rim of Endeavour Crater. The crater's diameter is about 14 miles (22 kilometers). In this image, the slope descends to the left into Marathon Valley, and the broad floor of Endeavour Crater can be glimpsed just beneath the underside of the solar array.