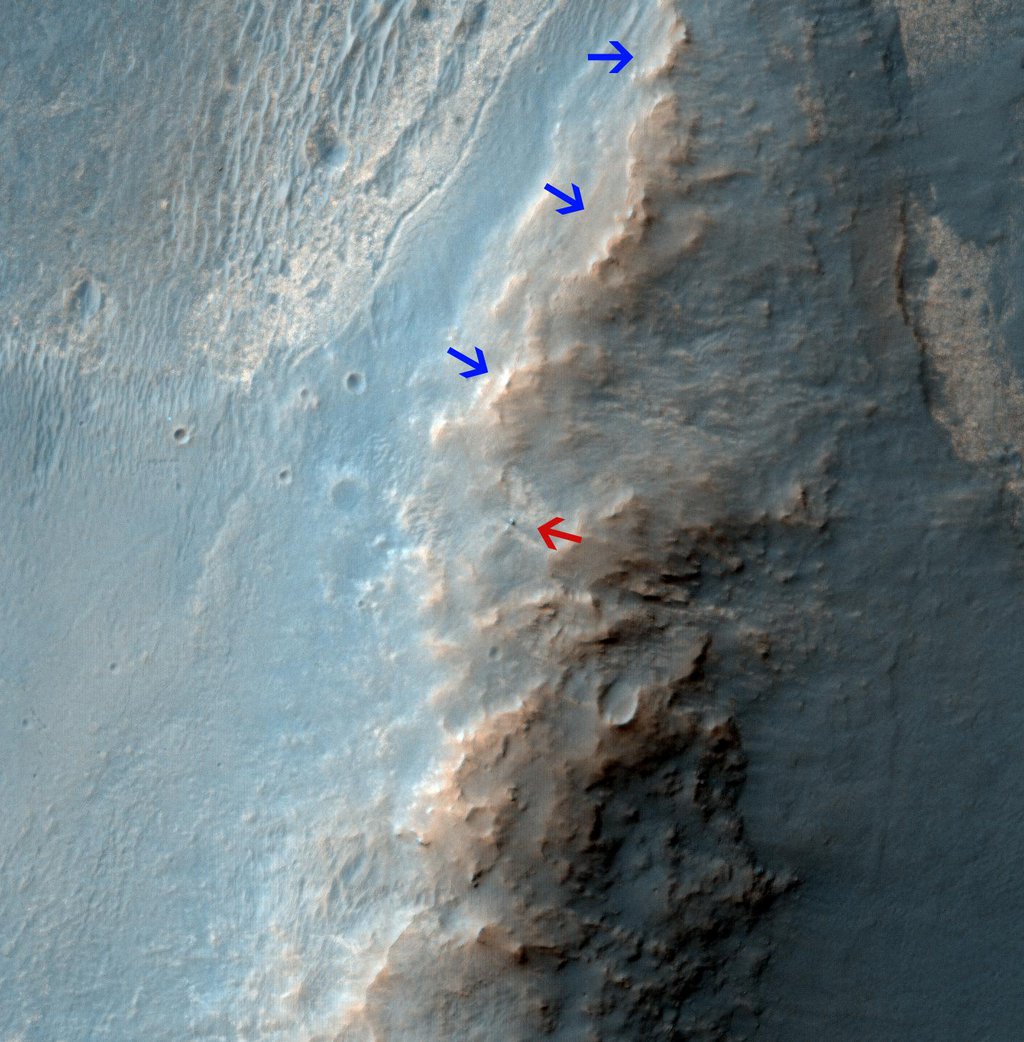 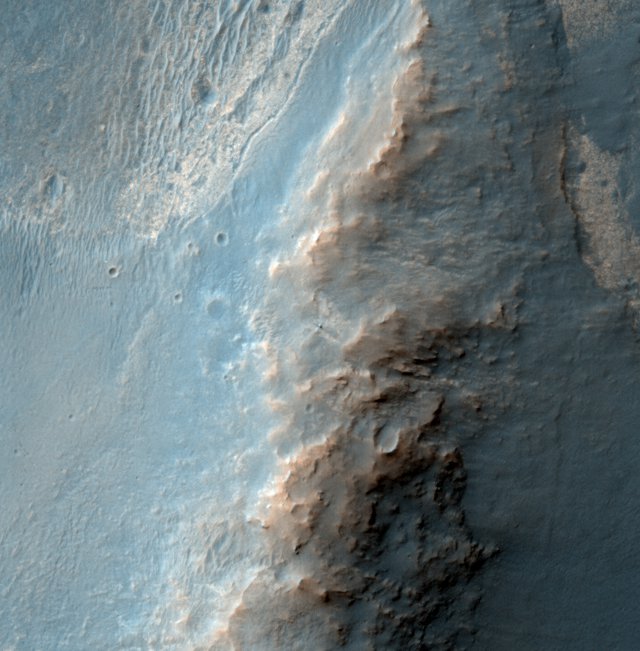 The High Resolution Imaging Science Experiment (HiRISE) camera on NASA's Mars Reconnaissance Orbiter caught this view of NASA's Mars Exploration Rover Opportunity on Feb. 14, 2014. The red arrow points to Opportunity at the center of the image. Blue arrows point to tracks left by the rover since it entered the area seen here, in October 2013. The scene covers a patch of ground about one-quarter mile (about 400 meters) wide. North is toward the top. The location is the "Murray Ridge" section of the western rim of Endeavour Crater.

Researchers built the commands in January 2014 for HiRISE to acquire this image. The stimulus for planning it was a pair of before-and-after images taken by Opportunity showing that a rock had appeared beside the rover in early January where that rock had not been present a few days earlier. Scientists considered from the start that the most likely explanation was that a rover wheel had moved the rock during a drive just before the "after" image. This new image from HiRISE was designed to check a less likely possibility, that a fresh crater-excavating impact had occurred and thrown the rock in front of the rover. The image shows no evidence of a fresh impact. Meanwhile, observations by Opportunity in February solved the mystery by finding where the rock had been struck, broken and moved by a rover wheel.

As of Feb. 14, 2014, Opportunity had driven 24.07 miles (38.74 kilometers) since landing on Mars in January 2004. Murray Ridge is between "Solander Point" and "Cape Tribulation" on Endeavour's rim. For a wider-scale view of where it is in relation to Opportunity's full traverse, see PIA17558.

HiRISE is one of six instruments on NASA's Mars Reconnaissance Orbiter. The University of Arizona, Tucson, operates HiRISE, which was built by Ball Aerospace & Technologies Corp., Boulder, Colo. NASA's Jet Propulsion Laboratory, a division of the California Institute of Technology in Pasadena, manages the Mars Reconnaissance Orbiter and Opportunity for NASA's Science Mission Directorate, Washington.