Opportunity Looks Back After Hop to a New Pad 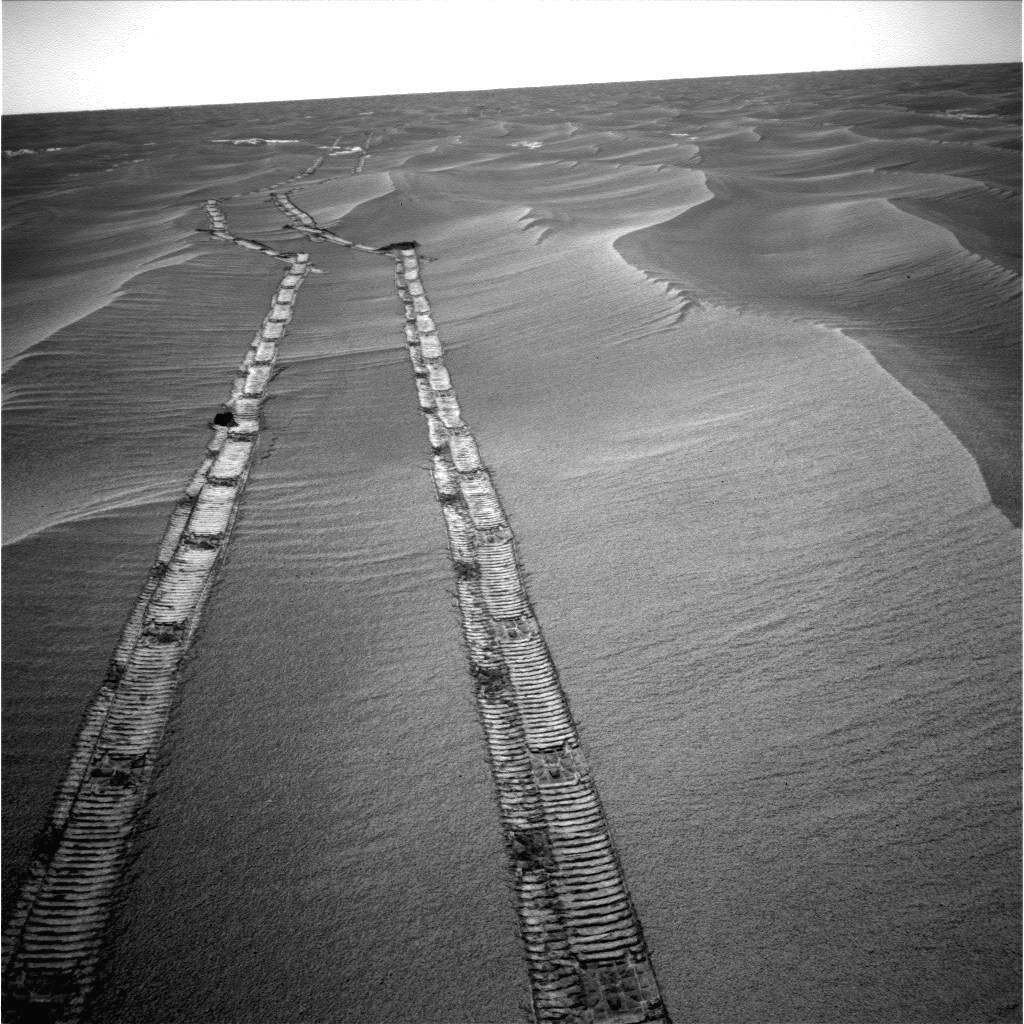 NASA's Mars Exploration Rover Opportunity used its navigation camera for this northward view of tracks the rover left on a drive from one energy-favorable position on the northern end of a sand ripple to another. The rover team calls this strategy hopping from lily pad to lily pad.

Opportunity took this image on the 2,235th Martian day, or sol, of the rover's mission on Mars (May 8, 2010). The tracks are from a 14.87-meter (49-foot) drive southward on the preceding sol. Mars' southern hemisphere was in the minimal sunshine period close to the winter solstice, which occurred May 13, 2010 (Universal Time).

Making progress on Opportunity's long trek to Endeavour Crater remains the extended mission's priority, but the amount of solar energy is so limited at this season that Opportunity needs to rest to recharge batteries for sols between drives. The sun crosses the sky low in the north. Choosing end points for drives that give a favorable northward tilt for the rover's solar panels makes the recharging go faster. The sand ripples in this part of Meridiani Planum are aligned generally north-south, so this means ending drives on the northern ends of the ripples.

Opportunity took this image from the northern end of a ripple that is not visible in the image.

For scale, the distance between the parallel wheel tracks is about 1 meter (3 feet).