On the Way to Ceres (Artist Concept) 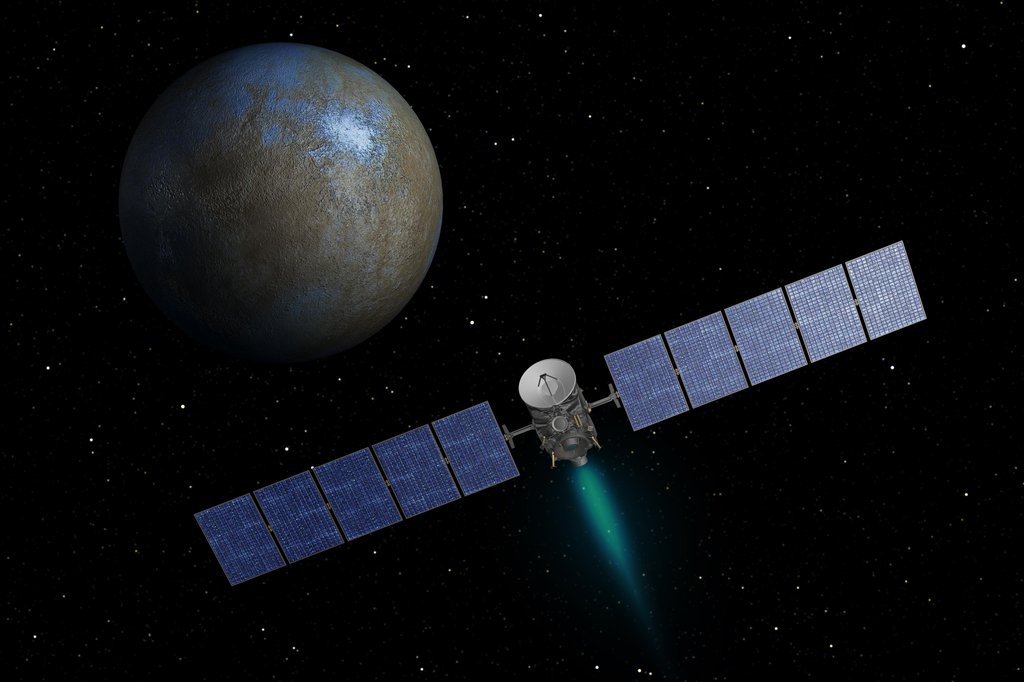 This artist's concept shows NASA's Dawn spacecraft heading toward the dwarf planet Ceres. Dawn spent nearly 14 months orbiting Vesta, the second most massive object in the main asteroid belt between Mars and Jupiter, from 2011 to 2012. It is heading towards Ceres, the largest member of the asteroid belt. When Dawn arrives, it will be the first spacecraft to go into orbit around two destinations in our solar system beyond Earth.