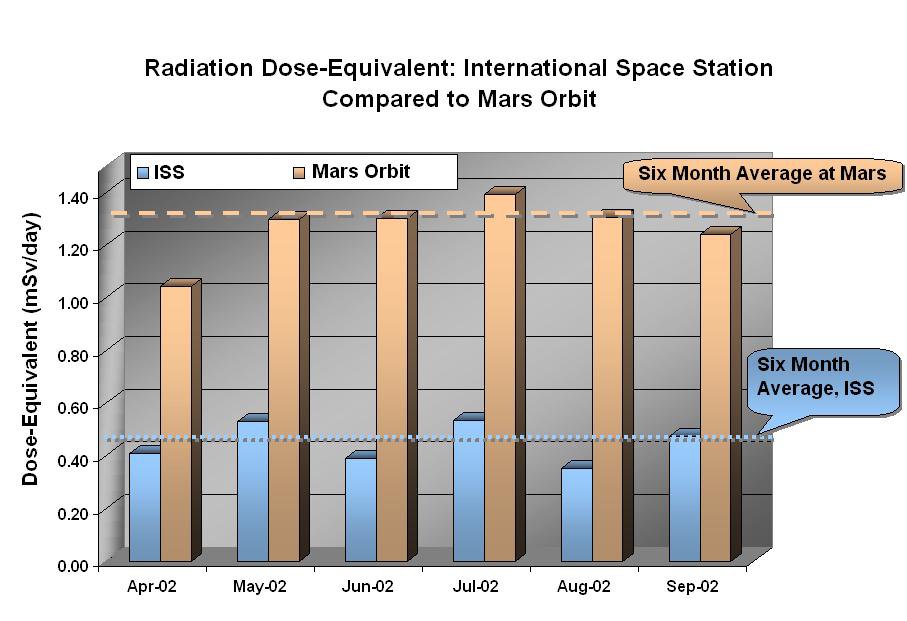 Data from Odyssey's Martian radiation environment experiment show that the radiation dose equivalent at Mars is two to three times greater than that aboard the International Space Station. The differences are primarily due to the magnetic field surrounding the Earth, which provides considerable shielding to astronauts in orbit. Mars lacks a strong magnetic field and is therefore more exposed to the harshest elements of space radiation.

JPL, a division of the California Institute of Technology in Pasadena, manages the 2001 Mars Odyssey mission for NASA's Office of Space Science in Washington, D.C. Investigators at Arizona State University in Tempe, the University of Arizona in Tucson and NASA's Johnson Space Center, Houston, operate the science instruments. Additional science partners are located at the Russian Aviation and Space Agency and at Los Alamos National Laboratories, New Mexico. Lockheed Martin Astronautics, Denver, is the prime contractor for the project, and developed and built the orbiter. Mission operations are conducted jointly from Lockheed Martin and from JPL.