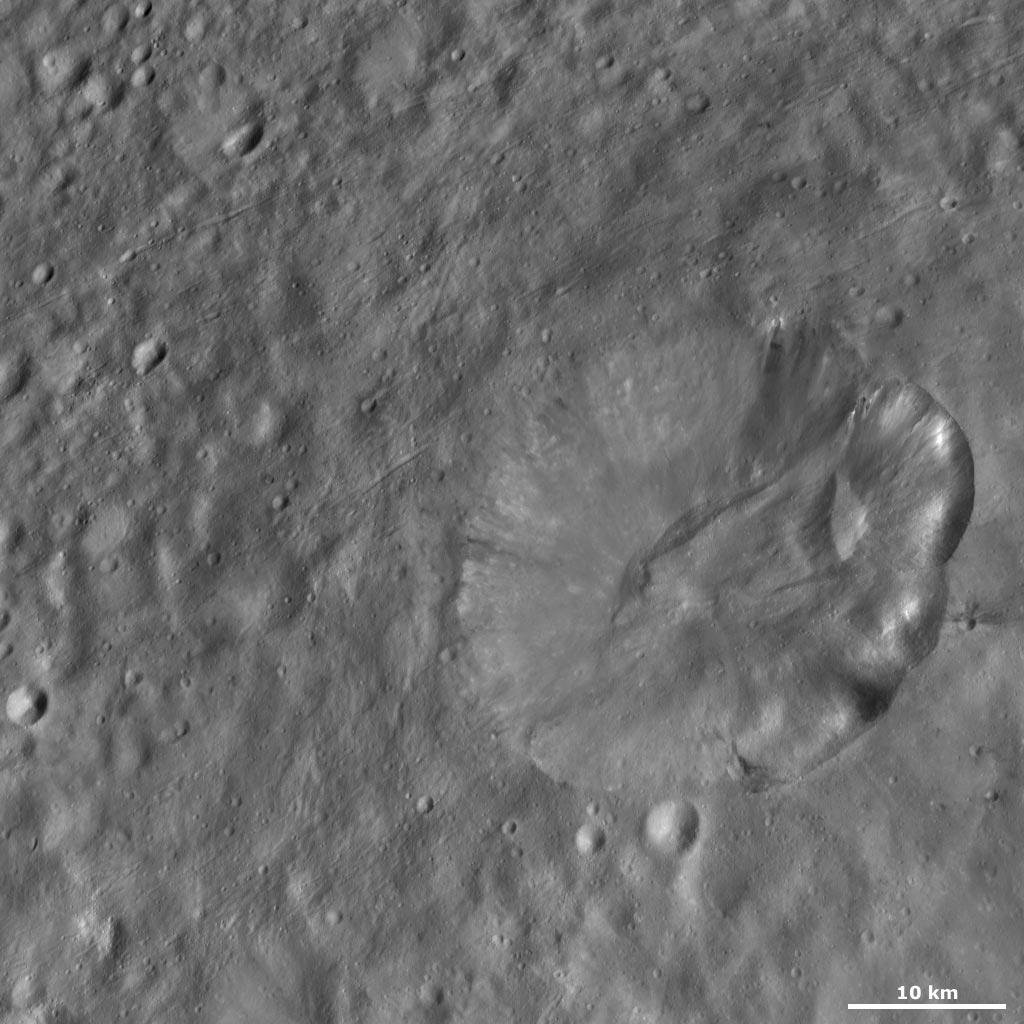 This Dawn framing camera (FC) image of Vesta shows Octavia crater, which is the large crater in the right of the image. Octavia crater dominates the landscape of Vesta that is visible in this image: it is approximately 30 kilometers (19 miles) in diameter and the next largest crater is only approximately 4 kilometers (2 miles) in diameter. Octavia's rim is fresher on the right side and more degraded on the left side. The left side may be more degraded due to slumping of material into the center of the crater. There is a linear build-up of material in the center of the crater, which probably accumulated from slumping. The fresher part of the rim has a scalloped edge and there is no obvious cause visible in the image for this particular morphology. There are patches of dark and bright material throughout the crater, most noticeably below the rim on the right side.