NuSTAR Captures the Beat of a Dead Star (Animation) 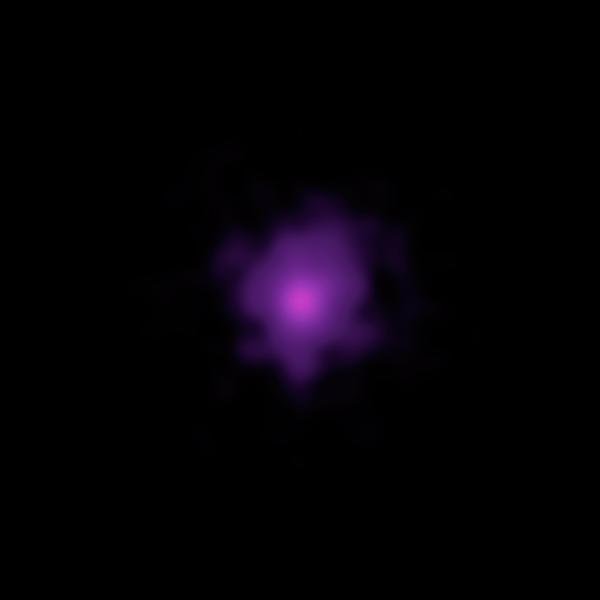 The brightest pulsar detected to date is shown in this animation that flips back and forth between images captured by NASA's Nuclear Spectroscopic Telescope Array, or NuSTAR. A pulsar is a type of neutron star, the leftover core of a star that exploded in a supernova. These dead stars send out rotating beams of X-rays that sweep past Earth like lighthouse beacons.

The pulsar pictured here, which resides in the Messier 82 galaxy 12 million light-years away, sends out X-ray beams that pass Earth every 1.37 seconds. Scientists studying this object with NuSTAR originally thought it was a massive black hole, but its X-ray pulse revealed its true pulsar identity.

The animation was created by stacking NuSTAR images taken both while the pulsar was "on" and "off," meaning its beams were either pointed toward Earth or away from us and not visible.