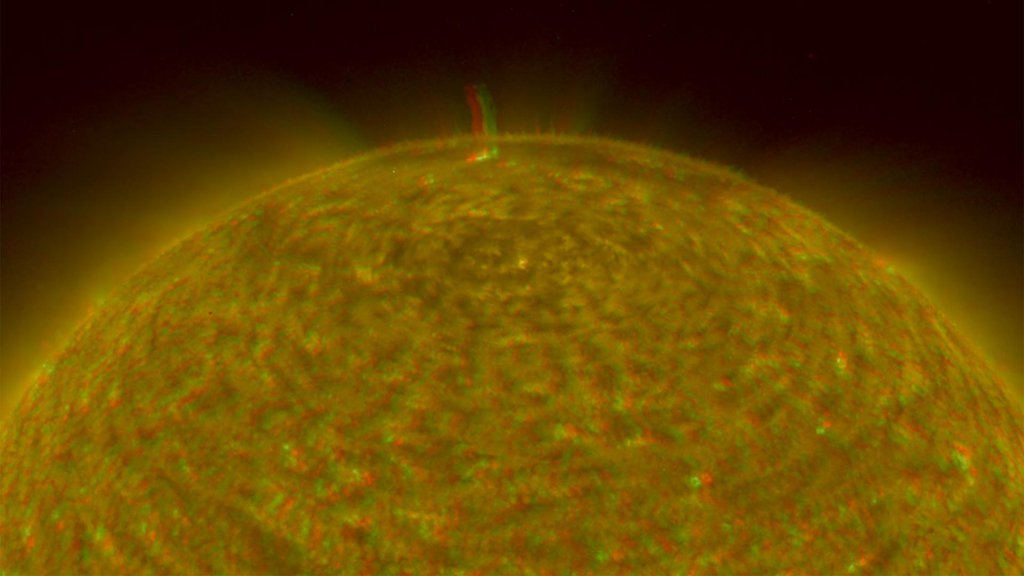 Figure 2: This image was taken by the SECCHI Extreme UltraViolet Imager (EUVI) mounted on the STEREO-A spacecraft. STEREO-A is located ahead of the Earth, and leads the Earth in orbit around the Sun, This location enables us to view the Sun from the position of a virtual right eye in space.

NASA's Solar TErrestrial RElations Observatory (STEREO) satellites have provided the first three-dimensional images of the Sun. For the first time, scientists will be able to see structures in the Sun's atmosphere in three dimensions. The new view will greatly aid scientists' ability to understand solar physics and thereby improve space weather forecasting.

STEREO, a two-year mission, launched October 2006, will provide a unique and revolutionary view of the Sun-Earth System. The two nearly identical observatories -- one ahead of Earth in its orbit, the other trailing behind -- will trace the flow of energy and matter from the Sun to Earth. They will reveal the 3D structure of coronal mass ejections; violent eruptions of matter from the sun that can disrupt satellites and power grids, and help us understand why they happen. STEREO will become a key addition to the fleet of space weather detection satellites by providing more accurate alerts for the arrival time of Earth-directed solar ejections with its unique side-viewing perspective.

STEREO is the third mission in NASA's Solar Terrestrial Probes program within NASA's Science Mission Directorate, Washington. The Goddard Science and Exploration Directorate manages the mission, instruments, and science center. The Johns Hopkins University Applied Physics Laboratory, Laurel, Md., designed and built the spacecraft and is responsible for mission operations. The imaging and particle detecting instruments were designed and built by scientific institutions in the U.S., UK, France, Germany, Belgium, Netherlands, and Switzerland. JPL is a division of the California Institute of Technology in Pasadena.