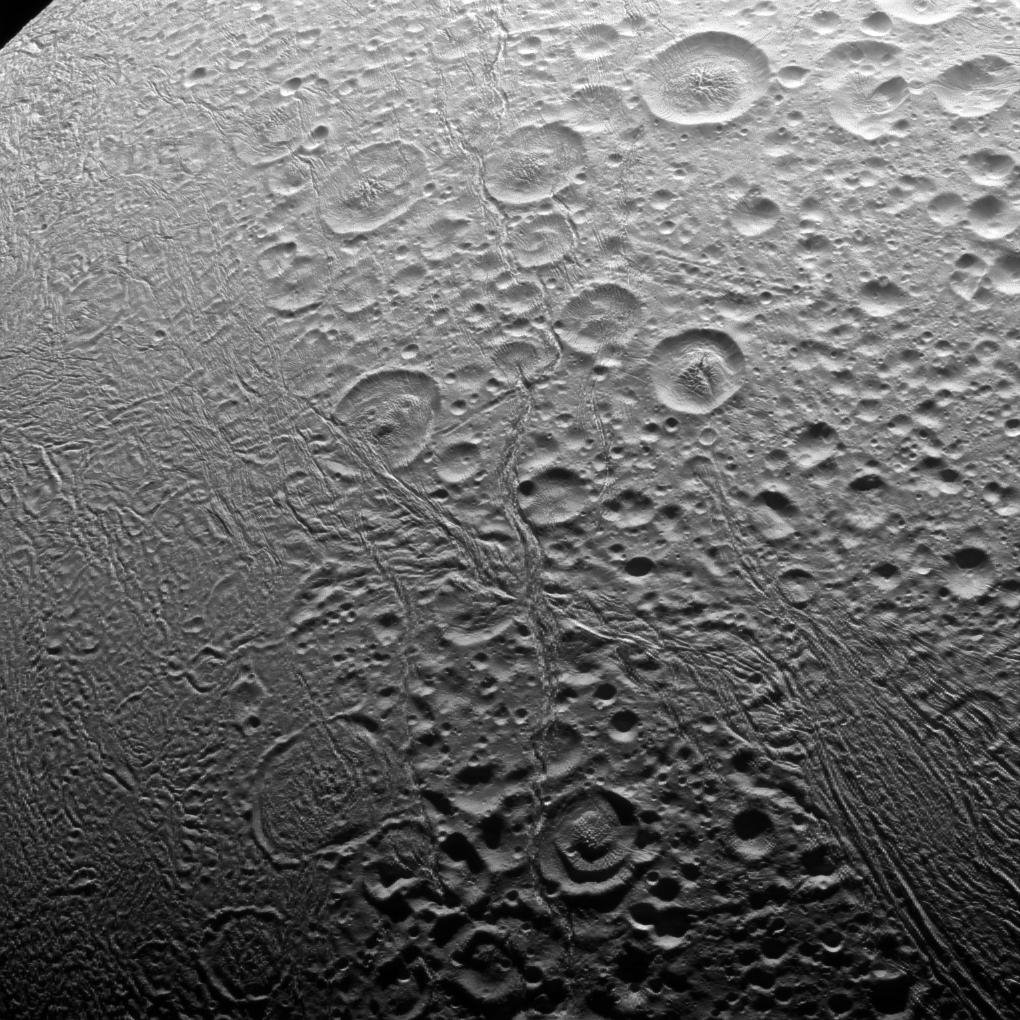 In the north, Enceladus' surface appears to be about as old as any in the solar system. The south, however, is an entirely different story.

The north polar area of Enceladus (313 miles or 504 kilometers across) seen here is heavily cratered, an indication that the surface has not been renewed since quite long ago. But the south polar region shows signs of intense geologic activity, most prominently focused around the long fractures known as "tiger stripes" that spray gas and tiny particles from the moon.

This view looks toward the leading side of Enceladus. North on Enceladus is up and rotated 38 degrees to the left. The image was taken in visible light with the Cassini spacecraft narrow-angle camera on Nov. 27, 2016.

The view was acquired at a distance of approximately 20,000 miles (32,000 kilometers) from Enceladus and at a Sun-Enceladus-spacecraft, or phase, angle of 85 degrees. Image scale is 620 feet (190 meters) per pixel.